As reported, one of the most prominent UK-based online bookies SportPesa is reconsidering entering the rich, growing Kenyan online sportsbetting market.

The news about the company reconsidering its options in this market came shortly after the country’s local appeal court decided to rule against one government policy which had instituted a massive 20% tax on all wagers which are returned to winning customers.

According to one report released by a news outlet, this October ruling made by the Kenyan Tax Appeals Tribunal just invalidated a crucial policy made by the Kenya Revenue Authority which had applied that rather hefty tax to all returned stakes and all winnings alongside net proceeds. This is a rather controversial system which was instituted back in July of last year.

Shortly after being fully instituted, the controversial system had forced many prominent bookies including SportPesa to fully leave the Kenyan sportsbetting market just to avoid having their gaming licenses issued by the Betting Control and Licensing Board authority suspended. Commenting on this news, the Liverpool-based company’s CEO Ronald Karauri said that the massive gross duty of 20% on sportsbetting activities instituted by the Kenya Revenue Authority had made business operations in this African country rather unfeasible. 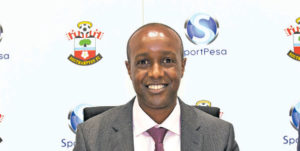 He also added in his official press releases that with the hefty gross duty active, the company’s business model cannot survive and this was the main reason behind the SportPesa’s decision to leave the market altogether. Shortly after SportPesa left the market, the Betting Control and Licensing Board authority had gone even further and suspended the gaming licenses of twenty-seven companies which in the authority’s words had fallen when it comes to abiding by the newly revised tax duties.

After this move, the Betting Control and Licensing Board’s officials stated that these enterprises which had their licenses suspended would be required to submit new licensing applications once they fully comply with the newly revised tax duties. Commenting on this piece of information, the SportPesa’s CEO Ronal Karauri said that the latest board’s ruling marks a great new development for its company as well as for the entire sportsbetting sector in the country simply because it reverses the hefty tax duty which in his words had rendered the entire sector economically and commercially unviable.

Ronald Karauri finished his official press release by saying that his company will reconsider entering the market again as the hefty tax duty policy had been revised. He also added that SportPesa will remain fully committed to working with Kenyan stakeholders as it seeks ways to renew its gaming license and finally resume its operations in Kenya in the near future.

The United Kingdom-based company emerged on the scene back in 2014 and shortly after its inception, its conquered gambling markets in Tanzania and Kenya. Moreover, the company has also made massive strides when it comes to the British gaming market which saw the company sponsoring several football clubs including Southampton, Hull City, Arsenal, and Everton.

The African-based subsidiary of the company is fully owned and managed by the Nairobi-based Pevans East Africa while its British operations are fully managed from the company’s Isle of Man-based office. Despite the fact that SportPesa is one of the relatively newly established companies, it features a great assortment of products available on the African iGaming market.