SportPesa, the betting firm, has been directed to pay Kenya Rugby Union (KRU) Sh417 million over a terminated sponsorship deal. This blunder has been attributed to two years ago when the giant sports betting company ended all sponsorship deals it had signed with local federations and teams following a standoff with the government.

And this was, as a result, the National Assembly introduced a 35 per cent tax on all revenues generated by betting companies. The order arising from arbitration is likely to open the door for other sports federations and teams to pursue the betting giant for more compensation. Kenya Revenue Authority (KRU) has now asked the High Court to adopt Dr Wilfred Mutubwaa’s judgment as a court order, which could allow the rugby federation to attach Sportpesa’s assets to recover the award. Dr. Mutubwa’s decision could spark several claims against SportPesa, given the betting giant issued similar termination notices to other federations and teams it sponsored. In the February 2021 judgment, Dr Mutubwa agreed with the KRU that the sponsorship termination notice did not follow due process as the contract between the two entities.

The judge went on to award the rugby federation the Sh417 million balances from the deal. The issue went for arbitration after the rugby federation raised a dispute regarding the manner in which the gaming firm terminated the sponsorship deal. Two years ago, SportPesa terminated all sponsorship deals it had signed with local federations following a standoff with the government, which the betting company said had ruined its operations and profitability. SportPesa pulled out of all its sponsorship deals after the National Assembly Introduced a 35 per cent tax on all revenue generated by betting firms. 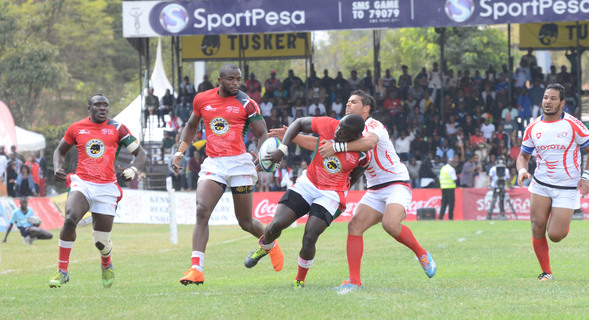 The move from SportPesa was primarily seen as a ploy by the gaming company to arm-twist the government into dropping the new levies introduced at that time. Still, it looks like the decision has backfired to the knowledge of the company with this recent judgment. At the same time, it has also opened the door for other companies to consider the contract terminated during the cause of the standoff with the Kenya government as it is the same process the giant company used in concluding other deals.

Meanwhile, it is pretty devastating the company would have to be in the limelight again for another wrongdoing. SportPesa’s brand tries to use another brand name as a decoy to enter the Kenya market using another company name with the same directors. But the comeback plan hit a snag after the betting regulator annulled the license for Milestone Gaming Limited. The betting company was trading with the name Milestone, which resurfaced with the SportPesa brand. But still, the latter had their license cancelled after they breached procedural requirements on the change of shareholding structure.