To get hold of the extent of sports betting has spread in Africa, where many young people are implementing the services of digital finance (DFS) in a more common manner, chances are that information is in front of your eyes as you watch your favorite football team play in any of the major European leagues.

Betting logos are everywhere, more so in the English Premier League teams, as out of the 20 teams, 9 of them have these logos on their football kits. These firms pay the teams lots of money for being visible on the jerseys. For instance, SportPesa, once one of the largest betting companies in Africa, allegedly paid Hull City FC 10 million US dollars to have its logo on the team’s shirt. Additionally, the same company was also the main sponsor of Everton FC, where it was dishing 12.5 million US dollars annually for 5 years. With that, it is clear that the sports betting industry is one where there is money spinning.

Some countries in Africa, including South Africa, Nigeria and Kenya, gambling is on the rise to an extent that the combined net worth of the industry in these countries was estimated to be at $37 billion in the year 2018. From a study by iAfrikan, in Nigeria alone more than 60 million between the ages of 18 and 40 spend more time betting on a daily basis to the extent that what they spend daily may amount to $5 million. The worrying bit is that most of those who gamble are either underemployed or unemployed, yet the average amount that they stake every day is USD 8.50. In fact, this is a trend that is present in most francophone and Anglo Africa. 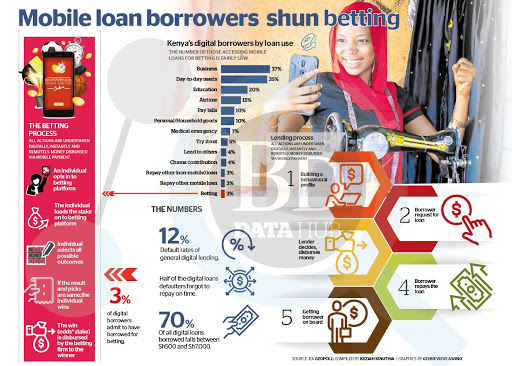 As per a revelation from a study by GeoPoll indicated that approximately people between the age of 17 and 35 in Sub-Saharan Africa have attempted to engage in some form of gambling, and in most cases they engage in sports gambling. In Kenya alone, more than 2 million people take part in sports betting that is mobile-based, and most of them are in aged between 21 and 40. GeoPoll identifies that 96 percent of those who engage in betting in Kenya use their mobile phones to do so, and 75 percent of these wagers are placed with the use of smartphones. It is no wonder that one of the cabinet secretaries of the Kenyan government referred to sports betting as a “curse to the youth,”

Is Gambling a Threat to the Youth of Africa?

There is a developing concern that sports betting among the youth, especially students, is becoming a major distraction with regards to their studies. Most students are spending all their energies dreaming and fantasizing about betting and winning large amounts of cash that they can use to lead a simple life of no hard work. For some of them, gambling has become an occupation where they spend all their time. one student from the University of Nairobi taking a course in Chemistry indicated that many youths have formed groups where they have serious discussions regarding betting, and the seriousness in these groups can be equated to tutorial groups. In fact, some state that these betting teams are gradually superseding tutorials, as they are taken more seriously. The consequences of this trend may be devastating considering that some reports are indicative of the fact that there are some students who have taken their lives after losing bets, most of them being huge wagers on teams that they expect to win or lose. Besides that, most of them bet using money that was supposed to be for something else, like university tuition fee or for rental payment. in some instances, some of them end up dropping out of school as they may be afraid to reveal to their parents that they have lost money, as some of them come from financially struggling families. 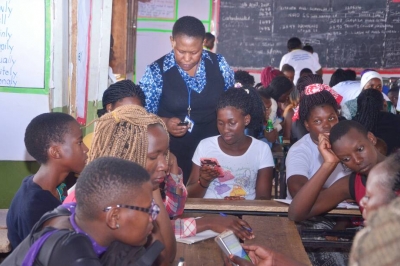 The percentage regarding unemployment for young people in Africa stands at 35. In a group of six, only one may have a meaningful form of employment, as most of them are prone to be influenced by the aggressive marketing strategies used by betting companies indicating that they can win lots of money from gambling, hence lead an easy life. Something that does not come as a surprise is the fact that most of those who engage in sports gambling do so for the need of making quick and easy money, as is indicative of the betting groups formed by university students.

According to senior research analyst Eric Musau from the Standard Investment Bank indicated to Equal Times that betting is increasingly becoming a reliable source of income for many youths.

“Betting is giving many youths something easier and better to hope for, and it does not matter the financial situation that one finds themselves in, as that can easily turn into an addiction.”

There are punters who have the perception that betting using betting “experts” or “informed betting” will lead to an increase in odds, and more so may be an automatic means of winning. Generally, in 2018, more than half of the top 20 searches conducted on Google in Kenya were in direct relation to betting. Actually, most of those who gamble claim that they get quick good cash, but only when smart betting is involved. There are many instances of punters setting up websites or social media groups that they use to offer free or chargeable gambling advice to other gamblers. One of the most successful ones in Kenya is Binti Foota (a feminine name that may be indicative of the fact that women are also specialists in sports betting) that charges members USD 5 or Ksh. 530 bi-weekly in exchange for advice on how to get outcomes that yield the most amount of money. in fact, most betting firms conduct aggressive marketing techniques around women who are first tome winners for any jackpot as a way of enticing more women into the game, or maybe indicating to men that women are also winning, and as such they ought to engage in the practice too.

Are there Benefits involved in gambling?

Staunch supporters of sports betting are of the idea that the industry is beneficial as it has helped in the creation of thousands of jobs that were absent initially. Betting firms have employed agents in various betting shops, especially those that are located in neighborhoods that are poor, and where internet connection is one of the major issues. Additionally, some sports analysts also earn a living from the firms by offering betting advice from various media platforms. Finally, supporters also indicated that people get quick cash from sports gambling, something that also earns the government revenue, hence enhancing the economies of many African countries.

Is Sports betting a better way of Encouraging People to use DFS more?

For those who are focusing on the promotion of using DFS and mobile money, sports gambling seems to be a consequence that is unintended. However, the most worrying trend is the fact that some of those who are addicted to gambling use digital money lenders to borrow money they can use for betting, hence increasing their risk. Proponents of sports betting argue that betting has created an avenue for the poor to have a chance of using DFS. However, that may not be the case considering that 75 percent of Kenyan gamblers use their smartphones to place wagers, and as such it does not depict an image of people who are really poor. Besides that, most of these people who are first-timers in gamble are not first timers in using mobile money or digital money-lending platforms, especially in Kenya. 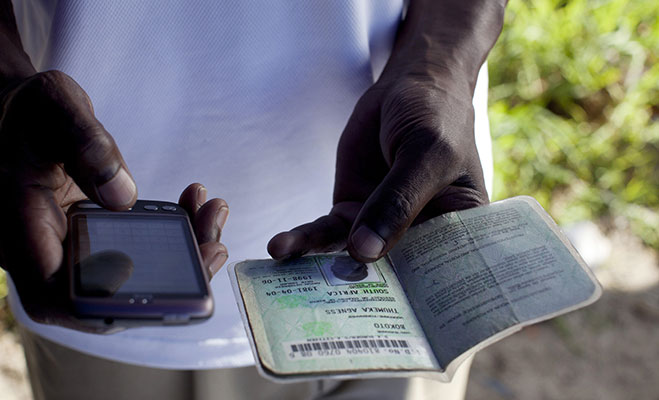 Again, there is no indication of the fact that these DFS accounts are opened for the sake of getting cash that can be used for betting, as most of those who bet may already have the accounts prior to engaging in betting. Therefore, it may be correct to indicate that betting is one of the many avenues that has enhanced the interaction that people have with DFS. With all that in mind, it is still inherent that more research is conducted with regards to the connection between gambling and digital money lending platforms. However, the fact that gambling is addictive and firms will always market in tempting ways, it would be a general opinion that sports betting has a negative effect on African youth.

The African youthful population has embraced the gambling practice, yet there is no specific infrastructure to shield them from the negative impacts. Just like in the developed world, African governments must rise and invest in financial programs and counseling services that will see young people spend their fortunes much better. Nonetheless, with digital finance programs taking shape, we may just see an organized betting system on the continent.

Gambling and Betting in Zimbabwe

Uganda – Responsible gaming is not just a diktat of the government