Morocco the North African country bordering the Atlantic Ocean and Mediterranean Sea is distinguished by its Berber, Arabian and with European cultural influence whilst the population of over 34 million people and total area 446,550 sq.km, the official languages is Berber and French.

Interestingly, the North African country 99% of its citizens are muslims but still Sports betting is legal and about 12% of its population passive gaming as a form of entertainment and while these is coupled with the influence of the Europeans residing in the country.

Morroco is the home of tourist destination and it is the top hot spot in all of Africa, the country economy policy is focused on developing faster growth and reducing unemployement, poverty and illiteracy, and while morocco is the fifth largest African economy by Gross Domestic Product (GDP) in 2019. Sports betting in Morocco is a big business particularly Football and Horseracing can be stated to have one of biggest turnove in terms of Game Generated Revenue. Sports betting will keep growing in the country as widespread internet penetration and users and it is coupled with the prevalent of affordable smartphones in the country.

Sports is popular in Morocco, particularly football gain the attention of the average youths in the country, the National football team of Morocco was the first African country to reach the second round of a FIFA World Cup back in 1986. And whilst the love for sports in the country is undeniable by its citizens, and it is well commendable and laudable by the government interest in sports that was when the country bid to host the 2010 FIFA world Cup but unfortunately lost out to South Africa, but most importantly the country was scheduled to host the biggest competition in the continent the 2015 Africa Cup of Nations tournament but the government refused to host the event, due to fear of an ebola outbreak. But in recent years the country has being able to host some youth football competitions in the country.

However, sportsbetting is conducted by the Morocaine des Jeux des Sports (MDJS) it is a Public Limited Company (PLC) with the shares of 90% held by the treasury and the remainder is held by the Caisse de Depot et de Gestion. The sports betting produts are TotoFoot, TotoFoot12 and Cote Sport plus while there are several instant games and Chrono.

In 2012 the country baned advertising of gambling on television, the body controlling sports betting in the country (MDJS) could no longer promote it games mainly Chrono and Grattez&Gagnez on television although the company has continue to experience growth despite a de facto TV ban. Meanwhile online gambling via other sites is forbidden though, players do access foreign online gambling site most of which offer their sites in Arabic, French or English whilst bets are accepted in Dirhams or USD. The only legal form of gambling at the moments are sports lotteries available via MDJS and the SGNL. The MDJS site offers online lottery games and sport betting in the country. 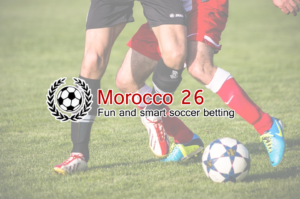 Furthermore, horse racing in Moroco SOREC-Royal Society of Horse Encouragement was established in 2003 under the aegis Ministry of Agriculture and Maritime Fishing to promote the horse racing sector. The group is reponsible for the supervision of breeding, the organisation of race tracks and management of horse racing event. The country first horse racing track can be dated back in 1914 and it is strongly linked to the history of the Moroccans via their Berber and Arab ancestry while the racing revenue generated stagering MAD6.4BN from january to November 2019 thus, this performance ensure SOREC’S statust as the leader that constitute 20 percent of gambling market in Morocco, and sports betting recorded a growth of 58 percent between 2013 and 2018 according to economy dail publication of morocco. Apparently horseracing is second in the world after Turkey for the number of purebred Arabia horse races held annualy.

Though, as stated earlier the future of betting looks bright in Morocco it can be stated to be one of the most innovative countries in Africa and it has been the tourist destination for most of the Europeans and the love for the beatiful game of soccer and horse racing which as being part of the country Ancestry/culture, these has influenced the growing sports betting business in the country.