The Western Cape gambling and racing board prohibits all employees, including members of the board, from receiving gifts of any sort related to their employment.

The board’s human resource manager, Sweetness Sixubane, told the standing committee on public accounts (Scopa) that any gifts received by employees were recorded in a registry and returned to the sender immediately.

Sixubane was answering committee member Derrick America (DA), who asked: “While the board has a gift policy for its members, is there one for employees?”

“The board has a policy in place which applies to all employees including board members. No employee can accept gifts from the industry or our stakeholders. We also have a register for all incoming gifts and for the return of gifts. The industry is aware of the policy, so really we don’t receive any gifts. If we do receive any, we have to return them as soon as possible,”

Committee member Nomi Nkondlo (ANC) asked about the process of filling vacancies at the board and if the opportunity would be used to improve gender parity on the board.

According to the 2019/20 annual report, which members were using for reference, the board had one vacancy and was made up of four men and two women.

However board chairperson David Lakay said: “As we speak, the board is fully populated. In December 2020, I was reappointed as a member and chair of the board for a year’s term which expires on December 15 this year.

“On January 31, the resignation of a member, Linda Nyati, became effective. She has resigned for personal reasons and this has created a new vacancy. Further to this, in May there will be the expiry of yet another member’s term. I think the process that was commenced last year and for which interviews were conducted might provide an opportunity.” 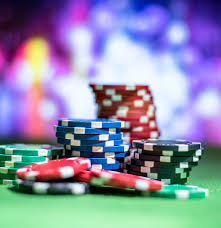 Nkondlo also asked why the board held 16 meetings in the year under review and whether this was a sign that the board was becoming operationally involved.

Lakay said: “There are regularly 13 board meetings per year and any more than that are ad hoc meetings to deal with matters that arise. None of the meetings were operationally linked.”

In answer to a query from committee member Deidré Baartman (DA) about the limitations the provincial treasury was forced to deal with, treasury head David Savage said:

“Our fiscal outlook for the year under review was constrained by both global factors and by structural economic limitations in the South African economy. That has had some effect on provincial revenues given that the vast bulk of our revenues are transfers from the national government.”

E-wallet is probably the best method of payment in gambling.