Police officers in Tainan disguised as food deliverymen and raided a gambling house set up by a man who thought the police would be too busy during the Lunar New Year (LNY) holiday to find out.

UDN reported that on Saturday (Feb. 5), the police received a tip about an underground gambling house in Yongkang District, Tainan City. After obtaining a warrant, the police scouted the place and found that it was heavily fortified by multiple secret doors, surveillance cameras, and guards at the door.

However, though entry into the gambling house was strictly controlled, gamblers inside often ordered drinks to be delivered. Thus, officers disguised as deliverymen and gained entrance, subduing the guards on the first floor before proceeding to the second floor, where gamblers were so engrossed in playing games that they had no idea the police had arrived. 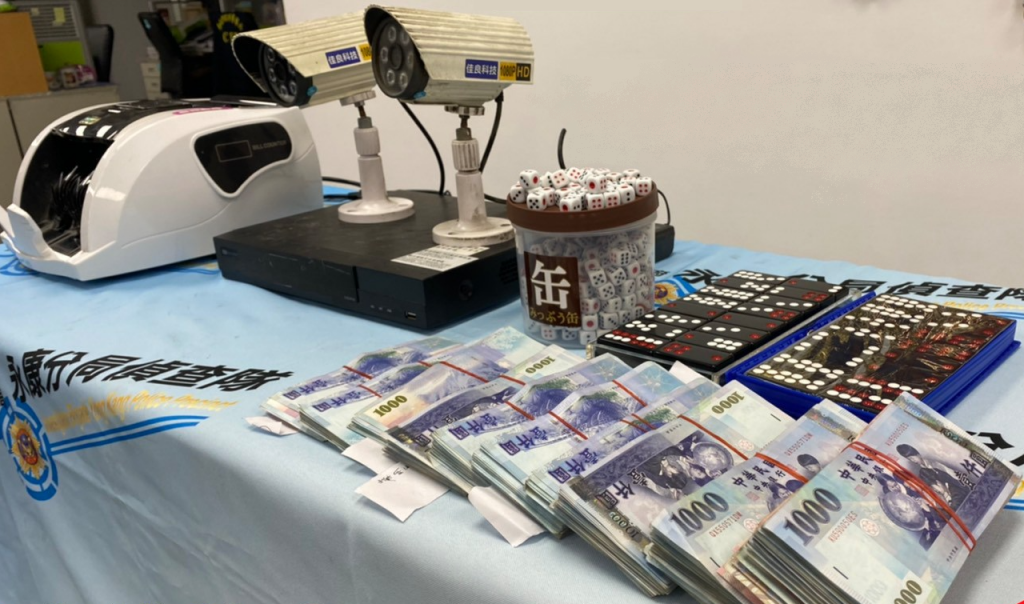 In total, the police arrested the host of the gambling house surnamed Tsai (蔡), a guard, the owner of the house, and 17 gamblers, according to the Tainan Police Bureau Yongkang Precinct. Additionally, the police seized Chinese dominoes, a tub of dice, over NT$590,000 (US$21,211.58) in cash, as well as several surveillance cameras and a banknote counter.

Tsai was cited by UDN as saying that his intention was to set up a gambling house unnoticed during the LNY holiday when the police should be busy controlling traffic. Yet he was busted on the second day of operation.

Kan Yen-min (甘炎民), head of the Tainan Police Bureau Yongkang Precinct, said that the police have not relaxed on maintaining social order even during the LNY holiday. Preventing illegal gambling has in fact been one of the police’s top priorities, per UDN.