Sports betting in Tanzania have in the last couple of years become a favourite pastime for many young people, some for the fun of it and others for the mouthwatering gains that they are likely to accrue.

The growing allure has seen many tempted to turn it into a daily source of income on which their livelihood heavily depend on, something that the Tanzania Sports Betting Association (TSBA) say is not right.

TSBA says that despite the fact that people win cash in gambling, but it should not be taken as source of daily income, instead it should be treated as a form of entertainment. The association believes that there are several people who are hooked on gaming as part of earning a living and forget about involve themselves in other economic activities.

TSBA is the non-profit organization which was formed 2017 with 19 operators that represent betting and gaming operators who are licensed and regulated in Tanzania. Their objective is to ensure that the gaming environment is safe and reliable.

As part of recognizing gambling addiction, TSBA is planning to come up with awareness campaign dubbed: responsible gaming, which will help the community to understand about betting. In essence, all employees that deal with customers must be able to recognize and identify the early signs of gambling addiction.

Speaking to the Citizen TSBA chairman Jimmy Kenneth says gambling is a fast growing industry which currently contributes to 3.5 per cent of the Gross Domestic Products (GDB) with a possibility of rising to it can also increase up to 5 per cent if the business environment is improved.

According to the chairman the gaming industry employs more than 20,000 people directly whereas there are some 50,000 who are employed indirectly. He says that with proper regulation the number of people employed could even go into double fold.

“Betting sector is current growing rapidly due to increasingly the users of mobile money service and the internet penetration which attracts many of people with thousands getting employed and the government collects taxes,” – he said

Mr Kenneth adds that one of the attributing factors to the rise in sports betting is because of the large number of soccer fans that are in Tanzania. They have over the years endeavored to make gaming and the environment through which it is conducted very transparent. 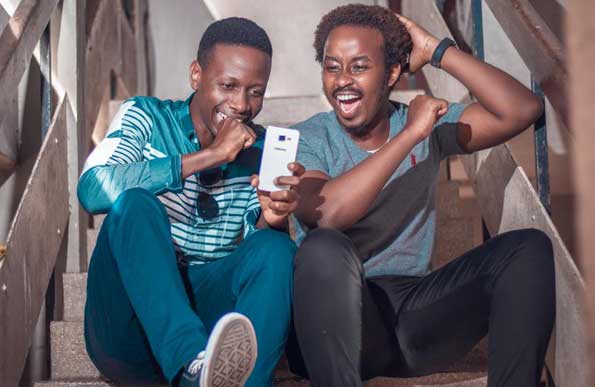 The association through its members have carried out several Corporate Social responsibilities in the areas where they operate and in the process impacting on lives in various areas including football, boxing, education, transport just mention a few.

“Our CSR has helped beneficiaries to be known by other big companies we are proud to be part of the communities where we operate,” – he said

Mr Kenneth added by using the social media platform the society is educated on how to play responsibly and turn gaming into a source of income. He said the associations want to change the mind-set of people so that can look the sector positively.

“We want people to consider betting as a source of entertainment because the truth is that some will win and will lose,”

Joseph Ngereza, is a resident of Mbezi Beach, Dar es Salaam who has been involved in Sports betting since 2018 as part of his entertainment. He says that as a gamer one should be prepared for either result, to abandon other economic activities.

Ms Ummy Salum a Kinondoni resident of Kinondoni has been betting with the intention of winning millions of shillings, her biggest win has been very paltry- always winning between Sh5, 000 and Sh20, 000.

“I was attracted to bet after seeing people on television receiving their presents after emerging victorious. I have spent a lot of money despite the fact that I am yet to win significantly,” – she says.

A bar manager at Ubungo Riverside, Mr Julius Tarimo said sport betting was a major attraction of customers in his bar.

“We have installed a projector where we show live broadcast of football matches especially the English Premier League (EPL). Through this earn money because most customers engage in betting as well,” – he said.