Contrary to what a lot of people actually think, gambling has always been embedded into the very being of the people in Egypt. If you didn’t know any better, you would probably think that the strict rules put in place by the government against the citizens of Egypt, hindering them from entering any gambling establishment like casinos would mean that gambling is non-existent in such a region. Thankfully, you know better than to think that’s true.

As a matter of fact, the gambling lifestyle has always been prominent in persons within this ancient city of Egypt and you’re about to find what that really means. Even in ancient times, there were written laws in the form of papyri which were aimed to help reduce the spread of gambling within the region, which can be likened to the present laws which are still in place to curb the rate of gambling. But that never really stopped people from their addictions.

Littering a number of tombstones, archaeologists have been known to find ancient paintings that show in hieroglyphs what seemed to be people engaging in gambling activities. It was also a common occurrence for these scientists to find different types of gambling artifacts ranging from different types of dice to other games which resembled checkers laying around various locations of the city during exploration. These artifacts dated as far back as 3000BC when modern-day forms of gambling were more or less non-existent.

Fast forward to the 21st Century and taking a look at casino games from a glance, only someone with some prior knowledge or a person who pays attention to detail might find it easy to recognize the correlation between the games casinos offer their multi-billion dollar clientele and the ancient, but the great nation of Egypt.

The opportunity to walk away with huge sums of money while spending as little investment as possible is the true definition of a gamble and that’s what these casino games are about. 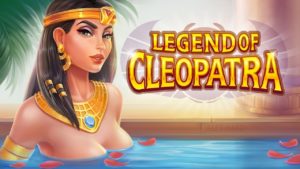 If you know anything about casinos, you’ll also know that quite a handful of the games played there to make use of dice. Bearing that in mind, doesn’t the thought make you wonder where dice comes from? Although not a 100% certain, the first dice to be discovered was in, you guessed it – Egypt. These dice were said to have been made of some sort of animal bones and were used to play a game known as senet. The use of dice has long before now been linked with gambling and has gradually graduated from what it used to be, to what it is now. And we have the ancient Egyptians to thank for this development.

If you have walked around a casino before? Then there’s a 100% probability that you have set your eyes upon the one-armed bandit before. And if you haven’t even stepped a foot inside a casino but are a fan of gambling, I’m definite you would have heard a little about it. Also known as the slot machine and arguably the most popular casino game since its inception into the casino games family in the 19th century, slots have always been a game anyone can play.

To play this game, you insert a coin into the designated slot and pull on the handle which triggers the movement of three reels, each showing numerous symbols. After the movement comes to a pause, the final alignment of these three reels to show their corresponding symbols determines what you win, if you do, or if you end up with nothing. The symbols on each of these reels can be as many as 20 and they range from images of the golden horseshoe to different fruits and digits. 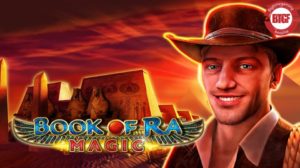 However, more importantly, it is the design of these games. A considerable number of slot games in existence today are inspired by the history of Egypt. For example, Cleopatra, The Book of Ra and Eyes of Horus are a few of the very popular slot games that have stood the test of time and still remain a favorite amongst players. You can see more on this list of Egypt slot games.

As much influence as the Egyptian history has had on gambling and its evolution, the authorities have taken it upon themselves to ensure no Egyptians participated in such activities. However, thanks to the internet, with the availability of many of these games online, the gambling culture of the people in Egypt can be preserved without much stress.

Can gambling and casino trademarks be protected in Egypt?

Can gambling and casino trademarks be protected in Egypt?

Where is and isn’t legal to gamble in Africa?

Bitcoin in the Present and Future of the Egyptian Gambling Sector

Setback for Casino Operators as Delay in Grand Egyptian Museum

This Is What The Gambling Industry In Egypt Is Made Of