There are now hundreds of thousands of gamblers on the continent. More and more of them are frantically playing one-armed bandits, poker or lotto, methodically betting on horses or football matches. The demand is growing, the supply follows accordingly – unless it is the other way around.

This is supported by online platforms such as Euromillions, which is a lottery similar to Powerball but with the biggest prizes in Europe. Today, Euromillions results are very good.

In Nigeria, it is estimated that 60 million players spend a total of more than 8 million dollars every day on sports betting… In Libreville, it is striking to note that the busiest place, from morning to evening , is the headquarters of the PMUG, in front of which players of all ages and both sexes study the list of races or matches, as well as the odds that go with them. The Fortune’s Club, these “casinos of the poor” scattered throughout the city, and even throughout the country (there are 26 in Gabon), are always full. And so it is everywhere. 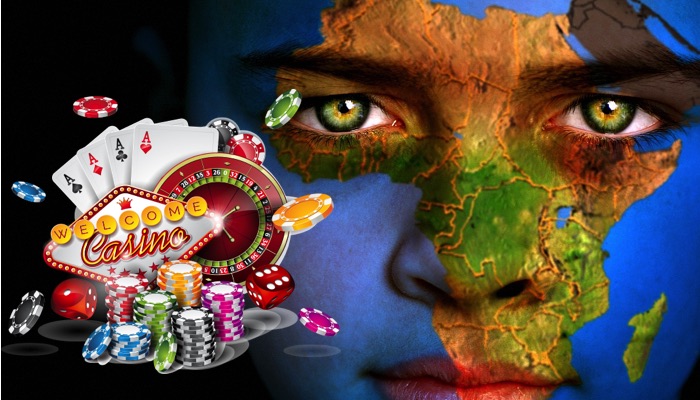 There are on the continent, at least for the tip of the iceberg, 170 casinos, 1,800 gaming tables, 30,000 slot machines, 8 racetracks, and almost as many national lotteries as states. But this data does not take into account the thousands of slot machines. The lottery provides the biggest jackpots in the world including Africa. For example, Powerball is reaching almost 500 million dollars. Thanks to new technologies, everyone can participate from anywhere in the world thanks to Lottofy, which is a licensed international lottery management company. In fact, many African players play Powerball from Africa with Lottofy.

For the past twenty years, investors have come from everywhere, sometimes with their big clogs, sometimes discreetly. There are French, South Africans, Moroccans, Chinese, Lebanese, Russians, Ukrainians, Bulgarians, Austrians, and even Luxembourgers… In DR Congo, a Norwegian group has just opened gaming rooms.

Everyone is looking to Africa, it’s a wasteland, just waiting to be exploited. The market is saturated in Europe. The laws are too complicated. The future of games is here: the population is young, we are seeing the emergence of a middle class, and growth is significant. The African market represents nothing on a global scale (less than 2% of slot machines), but is “full of promise”. In Zambia, the number of casinos has increased from four to twenty in a few years.

This rather dizzying phenomenon is recent – ​​it dates back around thirty years, even if games of chance previously existed in other forms, such as lotteries or raffles. As often, it took different forms depending on whether one is in the English-speaking sphere or in the French-speaking sphere. Games of chance are more scrupulously regulated there, and large groups have emerged there, such as Sun International, Peermont or Kairo International, three holding companies founded in South Africa. After all, this industry should be controlled in order to “protect society against its harmful effects”.