Africa over 1.2 billion people live in this continent. The continent is home to the second most populous in the world behind Asia and by 2030 it will double the size of Europe, while 42% of the worlds youths will be an African according to statistics report from UN and AFDB respectively.

Over 472 million people are in urban areas, its urbanization rate of 11.3percent it is the fastest in the world and it will double over the next 25 years. The global share of African urban resident is projected to grow from 11.3percent to 20.2percent by 2050 according to UN statistic report. 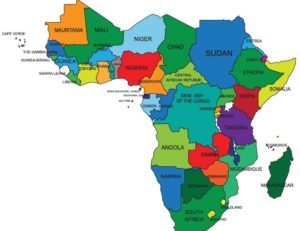 Although, the continent still, is an emerging gambling markets which is still relatively a growing gambling ecosystem and which is been described as the next frontier in the gambling ecosystem, by the industry expert, media outlets, mainstream media and major stakeholders in the gambling space. Indeed Africa has the potentials to be the industry leader across the globe. As stated above by 2030 42 percent of world’s youths will be in Africa and according to GSMA report 44 percent of Sub-Saharan Africa’s population, equivalent to just over 450 million under age 15, the majority of these will own a mobile phone for the first time over the next decade as they become young adults. This generation of digital natives will take a digital-first approach. Though, the continent is home to eight of the fastest growing economy in the world today, according to Africa development Bank (AFDB).

The continent is not just experience rapid growth in the gambling space but we could say the infrastructural development by majority of the African countries across the continent is the major reason while gambling is growing at an unprecedented growth rate in the region particularly Fintech service, Telecommunication, technology innovations, banks as well as prevalent of affordable mobile phones and high rate of internet penetration and while the inevitable 5G in the continent will further expand the gambling market over the next decade which is expected to surpass $37 billion dollar mark of 2018 over the next decade. South Africa, Nigeria and Kenya have the biggest gambling turnover in Africa while a 4 year average growth rate of 6.93percent according to statistics report pricewatercoopers (PWC). 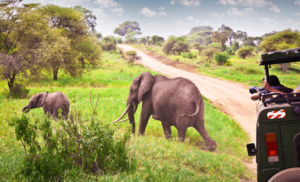 Tourism is another sector in Africa that is booming, growing 5.6 percent in 2018 compared to the global average of 3.9percent and the broader African economy rate of 3.2percent. This places the continent as the second fastest growing tourism region behind only Asia-Pacific in which the tourism sector has contributed $194.2 billion to region economy representing 8.5% of Africa’s GDP, according to World Travel & Tourism Council (WTTC). While it is expected to surpass this figure over the next decade with countries like Ghana, Ethiopia, Egypt, Togo and Rwanda, Botswana among others are promoting the tourism sector in their respective country. The continent has the potential to be the global leader in the gambling space if it properly harnessed its potentials.

Indeed there are still some bottlenecks that still need to be readdress if Africa want to be a the leader in the gambling industry regulation is still one of the biggest challenge the industry still need to attend too. Though, it could take two to tango and since majority of the African government understand gambling is another source of generating revenue to its pulse, while it is expected that in years to come some of the grey areas the industry is lacking is to be consider.