The evidence of this was proven in the World Bank’s Ease of Doing Business Survey for 2020, when the Democratic Republic of Congo ranked 183rd out of 190 countries, which then reflected that the country is likely to be a poor business environment, especially for expats, immigrants as well as its own nationals. The ranking on its own is one of the highest red flags that reveal that the Democratic Republic of Congo is not a good business environment, while on the other hand factors such as poor infrastructure, weak judicial system, deficiently trained workforce, and corruption make chances of succeeding in having a flourishing business in the DRC slimmer.

One of the main factors that reflect on the Democratic Republic of Congo as a bad business environment is its transportation, which also factor the economy not to develop as it is expected to, as this situation dates back to years and years of civil conflict. Most countries use private cars and/or public transportation to get around their cities and go about their lives, while in the Democratic Republic of Congo the most common mode of transport is the water transport.

The water transport is not immigrant or expat friendly, which one of the reason why an individual should fully consider their when they thing of venturing into business in the Democratic Republic of Congo. Even if an expat or immigrant were to drive outside Kinshasa and/or other main cities, the roads are not travelable, which clearly means that they are not safe to drive on. Also car theft and hijacking is a common crime in the DRC.

Violent conflicts in the Democratic Republic of Congo

The conflicts between criminal gangs, armed cattle abductors and the absence of effective governance and security, caused great violent crime chaos displacements and land-based conflict, which then threatens the entrepreneur and the business’ safety. The violence has inevitably claimed lots and lots of lives, attacks are still being carried out to date and lives still get lost, which makes it even more dangerous to establish a business in the DRC.

Great distrust between the non-combatants and the law enforcement agencies seems to be the reason conflicts get fuelled this side. One of the main reasons of this, being that the law enforcement agencies in most cases fails to report to the community atrocities warnings on time or even end up not showing up at all, which then fuels the situation to a perception that the FARDC (Forces armees de la Republique Democratique du Congo) purposely fails to protect the communities. The government of the Democratic Republic of Congo enforced the martial law in May 2021 following numerous armed groups’ attacks on non combatants. The government had hoped that the law will bring about change, but the gang group seem to disregard the law as they continue issuing more raging attacks.

The disadvantages of doing business in the Democratic Republic of Congo 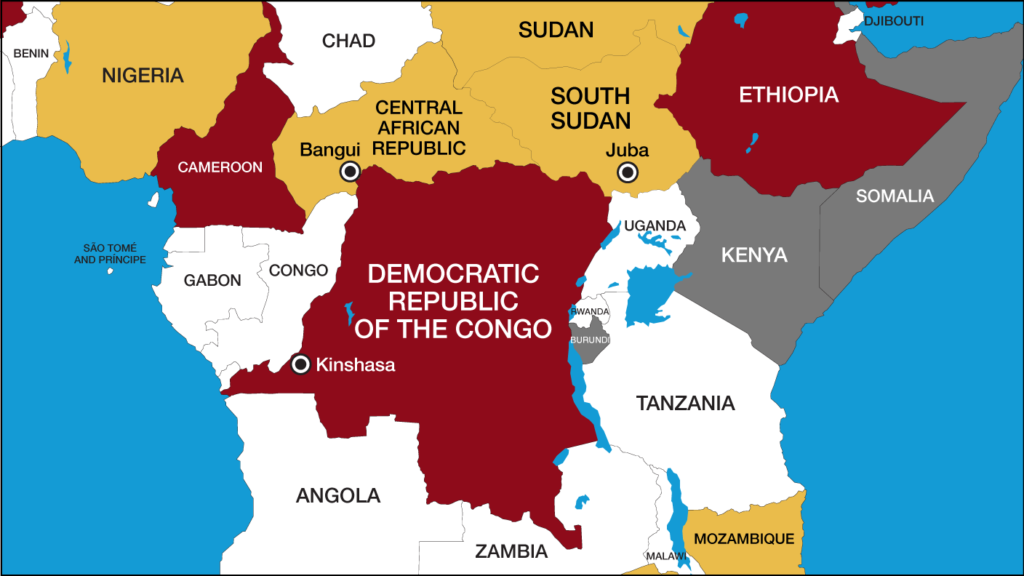 It is actually not advisable for an entrepreneur to consider having or establishing a business in the Democratic Republic of Congo, as it will seemly be the same as throwing their money down the drain, or simply gambling with your life. Imagine having to deal with criminal gangs constantly coming to your establishment, probably forcing you to pay them for establishing a business in their country or coming in as they please for free services, killing your employees, family or even you as the business owner, whereas the law enforcement agencies fail to make their way to your establishment on time, or they do not avail themselves or even intervene on your matter.

This theory then, makes sense as to why many Congolese migrate and venture into businesses in their host countries, which in most cases succeed. This means that the DRC fails its people for, its economy would have picked up, had there been peace in the country. The Congolese people would have helped to pick up their economy.