Over the next decade, we will witness a new set of players in Africa’s gambling space by 2030 it will double the size of Europe in terms of population.

By 2030 42% of the world’s youths will be in Africa according to statistics report from UN and AFDB respectively. Over 472 million people are in urban areas, its urbanization rate of 11.3percent; it is the fastest in the world, and it will double over the next 25 years. The global share of African urban resident is projected to grow from 11.3percent to 20.2percent by 2050, according to UN statistic report. At the same time 44 per-cent of Sub-Saharan Africa’s population, equivalent to just over 450 million under age 15, the majority of these will own a mobile phone for the first time over the next decade as they become young adults. 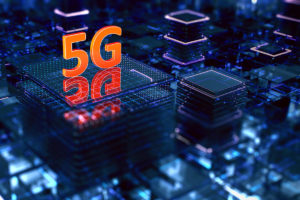 5G, the fifth generation of mobile wireless communication promise to lower poor performance network, it will bring new life to the online gambling sector as it will give customers a great experience in the online gambling sector. On top of it, it will change the overall landscape of the gaming space. In which it will offer stability and the ability to connect multiple devices at once, and move more data thanks to faster speed compared to the 4G network that has download speeds typically 20mbps. Though, the inevitable 5G, to reach 500 to 1500 Mbps that pretty much instant even Africa’s gambling space, judiciously positioned. However, as the next set of players will be more engage in gambling activities through live streaming of events on their mobile devices, live betting. The online gaming solution will experience unprecedented growth it will be one of the preferred choices of gambling, and all these will fuel the growth of the gaming space in the region and create more opportunities to the industry.

As stated earlier over the next decade, the mobile phone penetration in the region will reach a whole new level as projected by GSMA 44 per-cent of young adults in sub-Saharan Africa’s population will own smartphone device. At the same time, the 55 per-cent of the total population will own a mobile device; these key trends linked to the competitive mobile markets in the region with a whole host of mobile companies. I.e. Techno, Huawei, among others, brought a new dimension to the competitive mobile market in which it has led to the prevalent and affordable mobile phone markets. And according to new reports emerging from GSMA mobile phone penetration account for 747 million SIM connections in sub-Saharan Africa only over, the next decade; it is projected to reach one billion SIM connections. 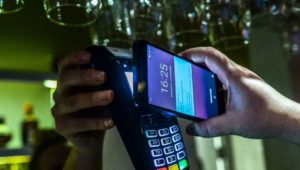 A new era of payment is emerging in gambling, which includes freedom and flexibility to pay in the most convenient and relevant manner for bettors. While operators, enormous opportunities for differentiation and competitive edge will present if they can adapt to the pace over the next decade. Implementing a seamless payment offering that integrates elements of both traditional and digital methods will not only offer a heightened experience but ultimately increase customer loyalty. Digital wallets, cryptocurrencies and other online payments methods will be at the forefront over the next decade in Africa.

What could rival sports betting? 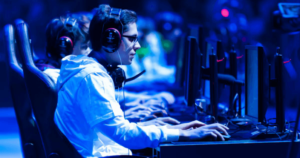 There has been much talk about the eSports industry in recent time, how it is the future of the gambling industry. At the same time, some eSports industry experts think eSport will rival the sports betting ecosystem. On the other hand, some top executives in the sector think regulation is the draw-back of the eSports segment. However, we could say the logic behind is the reason why it is yet to reach its full potentials. But still the industry worth billions of dollars today and has gained tremendous viewers across the globe. Over 380 million people watched eSports worldwide both online and in-person in 2016 world finals of popular eSports game League of Legends.

However, it is quite popular in Asia, North America, and Europe. Yet Africa is behind, and one of the challenges the industry is encountering is the commercialization of the eSports industry, to regulation and one of the exciting aspects of the eSports sector it falls into two segments the Cash betting used by operators. In contrast, skin betting is virtual for video games; however, the video game is still the most popular of the two solutions in Africa in which it gives the player that real-life experience of been the one in control of your destiny. The question is over the next decade do we see the industry on top of the pyramid in Africa. Time will tell.

COVID -19: We will survive this thing

We all should be makers