When you think of gambling in the world, your mind drifts towards Las Vegas in the US, Monte Carlo in Monaco, or any of the impressive casinos in Macao. But have you considered Africa? The second largest continent in the world isn’t known for gambling and it’s banned in many African countries. However, there are a few that allow it.

For example, Ugandan president Yoweri Museveni tweeted that he would ban new foreign betting firms from registering in the country while old ones would not have their licences renewed. This would affect firms like Kenya’s SportPesa who also sponsor Everton in the English Premier League.

New online casinos are popping up regularly in sub-Saharan Africa, and betting on African Cup of Nations is a breeze but what is the history of gambling on the African continent? Let’s take a look. 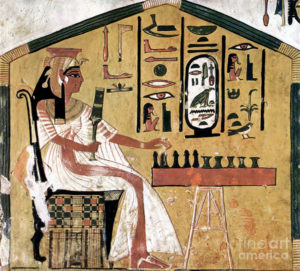 As most of North Africa is Muslim, gambling is forbidden by Islamic law (known as maisir). However, dice were found by archaeologists in Egypt from as early as 3000 BC. In sub-Saharan Africa, from as early as the 17th century, thoroughbred horses were imported from China to South Africa to improve the local stock. Horse racing started there a century later and demand for thoroughbreds jumped.

The Middle East was home to champion Arabian thoroughbreds and many were sent across Asia and Europe. No doubt some found their way into North Africa or were bred there themselves. Western Africa also had an Islamic influence, before colonialism, but gambling still thrived in the area. It has been suggested that the Tanala people of Madagascar had taken part in gambling for centuries before the mainland.

The biggest African gambling market is in South Africa. A simple Google search about gambling in Africa shows a significant number of links to South African bookmakers, online casinos, horse racing websites, and bricks-and-mortar casinos in the country. It all started with horse racing as mentioned above but casinos were a newer addition, coming into the nation within the last 30-40 years. Thoroughbreds may have been in South Africa in the late 17th century but real money gambling was banned and in 1965, the South African Gambling Act made all forms of betting officially illegal.

Four SA territories opposed the ban and made betting legal and in 1983, hotelier Sol Kerzner set up a brand new casino operating company called Sun International. In 1994, the new South African government made all forms of gambling legal and two years later, the National Gambling Act created a licensed casino system with a national lottery. Sun International already had all the homeland licenses by then and spread its empire and influence to neighbouring countries.

In Angola, gambling law isn’t as regimented. Casinos are the most popular form of gambling but online casinos are not regulated and none are based in Angola. In 2016, the parliament passed new legislation aiming to create state-controlled casinos, lotteries and online gambling, and to generate taxes from them. Offline, there are seven legal casinos in the country, with four in the capital, Luanda.

Western Africa was one of the trailblazing regions for gambling on the continent but Nigeria’s gambling regulations are sub-par. There are many illegal casinos in the country. Nigerian gambling laws have a focus on reducing illegal gambling and money laundering but there is no explicit mention of online gambling or casinos and so access to foreign gambling sites is not restricted. That being said, companies are obliged to follow the laws as if they were offline casinos. Like South Africa, Nigeria also has a national lottery, regulated by the National Lottery Regulatory Commission. It was established in 2005.

Of the known legal casinos, the two biggest are situated in the two largest cities. The Federal Palace Hotel and Casino in Lagos is the biggest. Interestingly, roulette and dice games are illegal but they can still be found in land-based casinos which are legal. 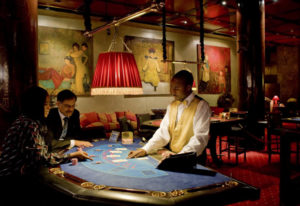 Kenya was one of the more forward-thinking African nations when it came to gambling. Its gambling laws were established in 1966 with the Betting Lotteries and Gaming Act. They were in charge of issuing licenses and regulating all forms of gambling in the country. Kenya has nearly 50 gambling establishments including casinos, bingo halls, and horse racetracks. There was an online gambling presence in Kenya, but the state-run company Betkenya.com shut down and wasn’t replaced. However, Kenyans are still allowed to use foreign sites.

On 1st July 2019, Interior Cabinet Secretary Dr Fred Matiang’i asked for all betting firms in Kenya to be vetted again, with the Betting Control and Licensing Board postponing the renewal of licences for 13 casinos, six lotteries and eight betting firms.

We’d be remiss if we didn’t look at gambling in Egypt. There are so many slot games dedicated to Ancient Egypt so the feeling must be shared by the nation today, right? Well, yes! It’s the biggest gambling nation in the Arab world with 17 legal facilities, 14 of them in Cairo. What makes Egyptian casinos interesting is that Egyptian currency is not allowed.

The future of gambling in Africa

In 2018, the ICE Totally Gaming conference took place in Johannesburg, with representatives from 26 African nations attending. The biggest factors of successful online gambling correlate with the continent, making it a big prospect for foreign investors. Africa’s median age is the youngest in the world at 19.4 according to Worldometers. By 2020, Africa is also set to be the fastest growing mobile market in the world and mobile payment accounts are active in numbers larger than that of South Asia. 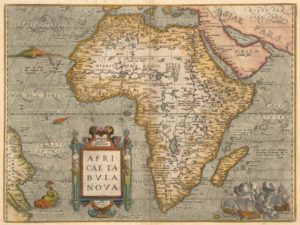 That being said, online gambling still doesn’t have the level of trust shared in Europe. Gambling laws across Africa mention little to nothing about online gambling and how it should be regulated if at all. Nigeria states firms are obliged to follow land-based regulations but nothing in the laws demand they do. But conferences such as ICE Totally Gaming are there to remove that suspicion.

Gambling has had a patchy history on the African continent. There were examples of dice during Ancient Egyptian times and horse racing during the late 17th and 18th centuries but it was mostly illegal. Africa is still behind other continents like Europe, North America, and Asia but the infrastructure is there to see it boom. Unfortunately, online gambling is still poorly regulated, with many countries without laws or licences. Uganda’s intentions to restrict and ban foreign gambling firms from “shipping” profits abroad comes as the country tries to deal with problems of gambling online. If that can be rectified, who knows what the future will hold for gambling in Africa.