The general history of SA as a country is fairly complicated and is filled with plenty of good times, along with sadder times. The history of gambling in South Africa is as rich as you’d expect from a country with so much heritage.

Plus by understanding how real money gambling and casino games began in South Africa, you can learn about how gaming evolved and also give yourself a better understanding of online casino players than just the average person!

South Africa’s gambling industry has been dominated by Sun International since the 1980s. South Africa isn’t the kind of country that takes a step back from implementing rules and regulations. When they make laws, they expect citizens and businesses to stick within them.

Way back in 1673 the first laws banning nearly all types of real cash gambling were introduced. It wasn’t until 1965 and the creation of the South African Gambling Act that betting became illegal officially. In 1965 the leaders of four SA territories, Venda, Transkei, Ciskei and Bophuthatswana went against the government and decided to make real cash casino gambling legal in their territories.

The first casino related contract was then hammered out between the heads of Bantustan and the hotel chains Holiday Inn and Southern Sun. Fast forward to 1983 and a small shareholder in the Southern Sun hotel company, named Sol Kerzner, sold his shares and set up a brand new casino operation company called Sun International. When the early 1990s rolled around, Kerzner and his Sun International real money casino company owned the complete set of 18 homeland gambling licenses.

Like most big business deals there was a lot of pushing and pulling. Sun International and the local South African leaders had to enter negotiations in the places where Sun International owned the gambling licenses, in order to decide what the rate of tax would be on real cash gambling profits. It was only after Kerzner agreed to hand over a high percentage of the profits he made from SA real gambling that he was able to fully establish Sun International as the top South African gambling company.

It’s not really fair to say that Sun International was SA’s best gambling company though because in reality, they had literally no competition at all so their business could grow completely unimpeded.

By building a full on empire of Sun International casinos across the country and creating a monopoly where their casinos were the only legal ones SA players could play at, Sun International secured it’s place in the South African gambling landscape. Plus because they dominated the market so much, Sun International was able to get into a position where they were basically regulating all real cash gambling themselves. Sun International did make some unpopular decisions though. These included bringing in people from Europe to work at their new real cash casinos rather than using local staff. Later they did employ South Africans and later still those SA staff members were promoted up the corporate structure. 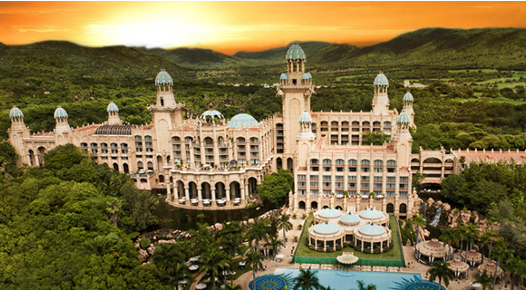 Once Sun International was all set up in their initial territories they set their sights on spreading the real money gambling bug to nearby countries like Swaziland, Namibia, Zimbabwe and as far afield as the island paradises of Mauritus.

So, now you know that real cash gambling existed in South Africa even before the birth of the Internet, maybe it’s time to try out an online casino game. Internet casinos have a range of games available but if you look at their game lists you’ll see there are plenty of casino games that are still just as popular with real cash gamblers as they were back in the glory days of land-based casinos!