They can’t even imagine how it was when the World Wide Web didn’t exist. As long as the internet has been popular there has been online gambling.

The internet has given way for many online business, among which for the gambling industry. Today, there are sites dedicated to online gambling from almost every country in the world. These range from an online casino and sportsbooks to informational portals that give info for sites from all over the world.

Gambling was enjoyed as far back as the Roman Empire, but its immediate evolution into the mainstream began in the Wild West when cowboys played poker, roulette and blackjack in the first American casinos, while today it is enjoyed on handheld devices all over the world.

Online gambling businesses started appearing in the 1990s. It was a time when the internet was taking off commercially, which was used for the transfer of many land-based industries into the virtual world. The gambling industry was one of the first to reap the benefits.

The first ever online casino is thought to have been born in 1994, although there is no solid fact on the internet as to which casino this was and whether it exists today. We do know that Microgaming, a giant casino software developer in the online gambling industry helped the launching of the first ever online gambling site together with Cryptologic. It was the year when one of the first offshore licensing jurisdictions, Antigua & Barbuda, passed its Free Trade & Processing Act, which allowed for online gambling sites to acquire a license and open offices there. Today, this licensing jurisdiction is associated with rogue online casinos.

Within just one year, from 1996 to 1997, the number of online gambling sites increased from 15 to 200. The popularity of gambling websites has been on an upward trajectory ever since.

Back then the games were crude for today’s standards, but efficient for the standards of the 1990s. They certainly were not as a regulated as today when there are almost dozen third-party auditors and organizations that keep the standards in place. No wonder that the first online casinos never managed to stay alive up until today. The oldest today in operation are from 1997 or maybe 1996, but only a couple of those exist.

In 1998 the first online poker sites emerged. Even as early as this the online casino market was said to be worth $830 million. Then in 1999 multiplayer online gambling was introduced, opening up interactivity between players and can be said to have led to the current trend of MMOPRGs, a billion dollar industry with no signs of stopping.

Since then there have been many sites that left a particular impression on the industry. Some of them evolved, some regressed and are known today as the bad eggs in the industry. Those that are at the very top today have utilized the modern technology to the fullest offering top-notch websites optimized for every mobile device imaginable without having to download a casino app and still be able to run as good as if it was accessed through a native app. 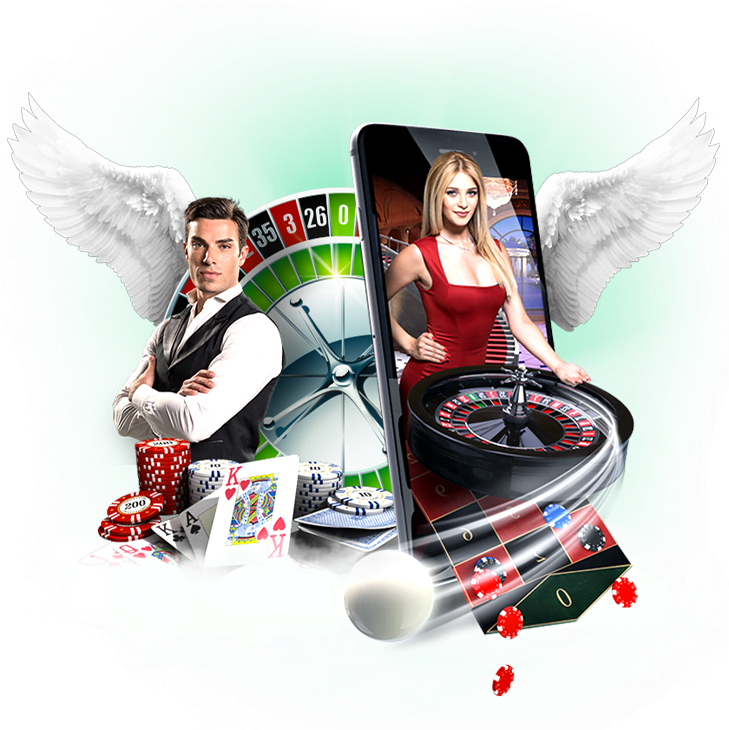 Those unfamiliar with the happenings over 20 years ago would be disappointed with the way the games looked and the functionality of the software. It was nowhere near the range available today, but it was still an impressive feat, having to play real-money casino games directly from your home. Now you can play casino games when ever and wherever you like.

The market became very competitive very quickly. As new operators were appearing in the 2000s, offers evolved, bonuses grew, the games were improved, and loyalty schemes were introduced. Online gambling sites were constantly improving their features.

Soon big progressive jackpots surfaced, multiplayer games were developed, themed slots and live casinos became a thing and everybody was getting into online gambling more and more. The mobile casinos available today are probably the cherry on the top. Being able to gamble online on your smartphone or tablet wherever you went was something that the hardcore players were dreaming of ever since the first iPhone appeared.

Poker players are maybe the most satisfied customers, having the chance of getting entrance into the World Series of Poker tournaments by winning satellite competitions at the biggest online poker networks.

The online gambling industry generates billions of dollars annually, but still there are some countries that don’t want to regulate it mainly because of the close ties of the legislators with the land-based casino industry. This case was the most notable in the USA. Nevertheless, even there with the attempts to legalize online gambling things are getting hopeful. Online gambling is estimated to be worth over $56 billion as of 2018 and the USA would certainly like a slice of that pie!