Gambling in Zimbabwe has long had a bad reputation, with many people holding a negative view of the pastime.

However, in recent years attitudes have slowly began to change around gambling, with more and more young people starting to enjoy the activity. Could the renewed interest in gambling provide a welcome boost to the Zimbabwean economy? Read on to find out. Traditionally, gambling has not been embraced as much in Zimbabwe as it has in other countries, largely thanks to negative public views of the activity. However, light forms of gambling such as national lotteries have always been popular.

In recent years there has been a sharp rise in the popularity of gambling, thanks to greater availability of the internet across the country. Zimbabweans now have quick and easy access to gambling facilities than ever before. Additionally, there is more access to live sporting events such as Premier League football which has led to a rise in people placing sporting bets. There is also a wider and more diverse selection of establishments offering gambling services outside of traditional casino settings. The consensus amongst industry experts is that the popularity of gambling in Zimbabwe will continue to rise at high levels for the foreseeable future.

In terms of land-based, physical gambling, almost every form imaginable is legal in Zimbabwe. Betting shops, gaming centres and casinos can be found in the country, as well as numerous places to play the national lottery. However, when it comes to online gambling, there is no concrete answer. Due to insufficient legislation, internet gambling is neither legal nor illegal in Zimbabwe, the result of which is a free market for customers, but an unregulated and untaxable one for authorities. With such a lack of regulation, it is therefore just as likely for a Zimbabwean to play with an online casino in the UK – that pays its taxes abroad – then with one based in Zimbabwe.

The obvious answer to this question is, yes. With the opening of more and more gambling establishments, there are more jobs available and higher tax revenues for the government. Urban landscapes across the country are becoming home to more betting shops and gambling centres than ever before. Economically speaking, this is great news for the country. However, the main growth area of gambling in Zimbabwe is coming from the online sector, an area that, due to insufficient legislation, are not reaping the economic benefits that it should be. 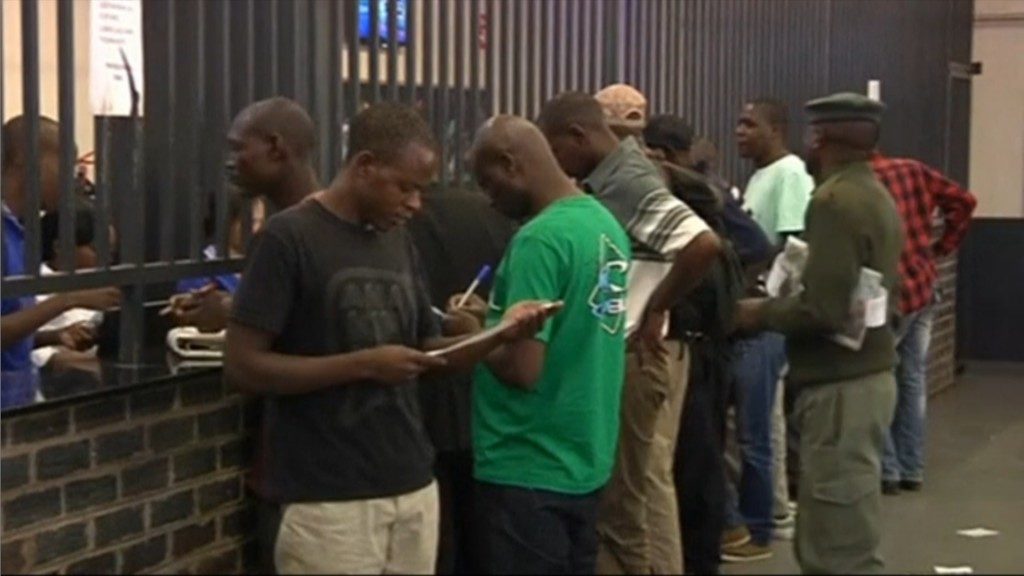 It is not just Zimbabwe that has been slow to adapt to the changing platforms of gambling, many other countries are failing to take advantage of the growth of online gambling. One country, however, that is regulating its online industry well and reaping the economic benefits associated with that is the United Kingdom. In Britain, online gambling is of an extremely high standard and almost every form of online gambling is legal, but it is also heavily regulated and heavily taxed. One of the best ways to experience the excellence and high standards of British gambling is to try it for yourself when you visit 888 Casino, an outstanding online casino in the UK.

If Zimbabwe was to update its online gambling legislation it would experience the following benefits:

Every gambling company wishing to operate in the UK must first apply for a licence to do so. This involves paying a fee to the British gambling commission and agreeing to pay taxes in the country.

The British gambling industry is worth an estimated £14.5 billion a year, with a percentage of that going directly to the government in the form of taxes. Currently, Zimbabwe sees little to no tax revenues from online gambling, this would change with the adoption of British-style regulations.

One of the criteria that gambling companies in the UK must satisfy is their ability to provide a safe playing environment for their customers. Thanks to British legislation, gambling companies must lookout for players with issues and provide them with the necessary help.

They are also bound to contribute 1% of their total revenues to gambling charities. If this were to be adopted, it help to cut the number of problem gamblers, but it would provide those suffering an independent body capable of helping them.

Currently, in Zimbabwe, there is no barrier to a Dutch, American or British company offering its services to Zimbabweans and taking its profits out of the country. If the laws were to change, greater emphasis would be put on job creation in Zimbabwe in this sector.

How Realistic Is This?

Before jumping to conclusions and demanding that the Zimbabwean government immediately replicates British gambling legislation, it is important to remember one thing. Online gambling is currently in its infancy in this country, whereas the trade is reaching its third decade in the UK.

To make a success of online gambling in Zimbabwe it will take time and effort from all involved. A good first step would be to impose high tax rates on foreign companies operating in Zimbabwe and lower the enticing ones of domestic providers.

In the short-term, this would reduce the number of overseas providers operating in the market whilst encouraging the growth of home-based companies. Once the effects of this begin to bear fruit, the Zimbabwean government can look at putting in place a long-term plan of sustainability and growth for the country’s online gambling sector.

Is gambling in Zimbabwe legal?

Are sports Bettors in Zimbabwe Feeling the coronavirus pinch?