Africans love for sports is especially anchored on the belief that sports are not only a great way to foster coexistence, but also a reservation of the continents cultural identity.

Being such a diverse continent, there is no doubt Africa sits on a vast potential of producing world-class sportsmen and women given proper nurturing. The continent has already proven itself as a powerhouse for athletics who continue to dominate championships for decades now. Let’s look at Africa’s most popular sports and how they continue to shape the continents sporting future which we believe is still baking. Here are the five most popular sports in Africa: 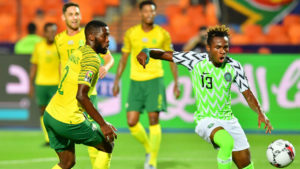 If you closely follow the FIFA world cup, then you probably have noticed a growing trend of African players making their way to numerous first division leagues in the west. Their increasing presence points to the great love that the African continent has for the popular football sport. Most celebrated African footballers trace their talent to a humble beginning back in their local neighborhood. It’s not uncommon seeing youngsters in the continent enjoying the sport in every open lot available. Africa’s football journey begun back in the 1800s with the penetration of the Portuguese, British and French colonialist into the continent. Being a well-loved sport, the number of professionally founded football clubs and regular leagues is on a steady rise across the African landscape. Drawing from the latest FIFA global rankings, Egypt, Senegal, Democratic Republic of Congo, Cameroon, Tunisia and Nigeria are the top African countries when it comes to football competence. 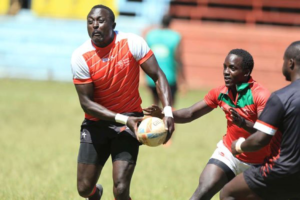 This is another sport where phenomenal popularity lies in Africa. Rugby’s fame is significantly associated with South Africa’s post-apartheid period. With over 600,000 registered players and taking the 5th place in the world rugby ranking, South Africa stands out as the foremost proponent of Rugby in Africa. Other nations excelling in the sport across the continent include Kenya, Ghana and Namibia. Kenya’s rugby popularity is receiving a huge boost from the annual International Safaris Sevens Tournament. The country now boasts 40,000 registered rugby players with close to 3,000 women players. Kenya won the 2016 IRB Sevens World Series held in Dubai. 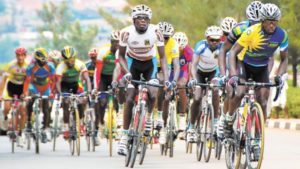 Cycling is another sport that holds a special place in Africa’s list of favourites. This sport enjoys soaring popularity, especially in South Africa. The Cape Town Cycle Tour homed by the City of Cape Town is one of the largest cycling race drawing a massive crowd of participants around the world. With up to 25,600 registered members, South Africa is evidently home to many bikers including the famous Greg Minaar, a South African native who has won the UCI Mountain Bike World Cup several times.

Cycling in Eritrea also received significant influence from the Italian colonizers. Introduced back in 1898, the cycling sport saw Eritrea become the first African country to participate in the popular Tour De France. Merhawi Kudus and Daniel Teklehaimanot earned Eritrea a global recognition when they first took part in the tournament. Women’s cycling in Ethiopia is also becoming popular, with Kenya and Algeria also seriously considering cycling as an important sport. 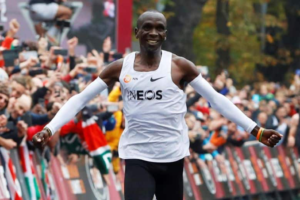 We can’t mention global athletics competitiveness without first mentioning Africa. Africa’s men and women alike have displayed profound strength and endurance when it comes to athletics. Kenyan, Ethiopia, Algeria and South Africa continue to dominate the world stage and amassing enviable awards.
Such excellence in the athletics arena hasn’t been only Africa’s valuable source of pride but also an extra source of significant revenues in sports tourism. The continent’s winning streak begun with Reggie Walter in the 1908 100 meter dash Olympics. The world has since then remained in awe as more upcoming African talents conquer the worlds to championships and major sporting events.

The 1968 1,500-meter event saw Kenya’s Kichoge Keino win a gold medal. Haile Gebrselassie and Abebe Bikila from Ethiopia are known champions in long-distance tracks. Catherine Ndereba from Kenya also won two world marathons and Vivian Cheruiyot, her compatriot, has won four gold medals in Olympics. Ethiopia’s Tirunesh Dibaba and Mozambique’s Maria Mutola are other women powerhouse when it comes to athletics. Kenya stands at the top of athletics championship having won up to128 medals according to the IAAF World Championships Athletics report. Ethiopia and South Africa take the second and third positions with and 21 medals respectively. 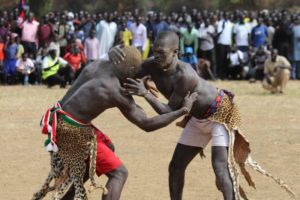 Wrestling remains one of the oldest sports in the African continent. Senegal, Southern Egypt and Sudan Nubian are particularly the nations with the longest standing history of wrestling in the region. Senegal particularly adores wrestling more than it does football. The sport has interestingly been a significant influence on the country’s economic progress and social assimilation besides being a perfect symbol of African tradition and culture. This West African country has helped scale up the wrestling popularity to the point it’s being watched by the rest of Africa. From being a simple pastime activity among village dwellers to a multimillion-dollar sport, wrestling has risen rapidly to become a significant force in Africa’s economy. 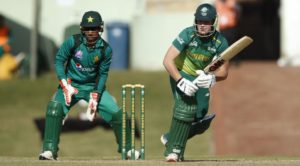 Statistics indicate that this up and coming sport sucks up to $2 million in sponsorships every single year. A national wrestling player could pocket $200,000 on a single match. It’s no wonder many impoverished youths in Africa are turning to wrestling as an avenue to try and earn a living.