‘If it was easy, everyone would do it’ – this sentiment rang through loud and clear at the SBC Summit Barcelona last week, which saw five industry leaders discuss opportunities and difficulties of Africa’s betting market.

Africa is of course a hugely diverse continent, home to 54 different nations each with varying languages, with European languages spoken widely but also numerous regional dialects.

At Moja Group – operator of the Mojabet brand – company Co-Founder and Director Marc Saba explained that the firm sees the continent as ‘54 unique markets’, exploring opportunities as and when they are identified across borders.

However, he also shared his insights on the language differences across Africa and how operators should tailor their strategy according to the contrasting regulatory approaches between English-speaking and French-speaking countries.

“You principally have French speaking countries in the West and English speaking countries in the East and South, and each has a different approach. The French approach is very centralised, you have a regulator-operator who is looking to open up some licences, especially in this digitisation phase that we’re going through. Before that it was a monopoly, and it is still the casein most countries around monopoly and in some in sports.” – hi said.

In English-speaking markets, in comparison, there is a ‘much more liberal approach’, he added, pointing to countries such as Uganda which have more than 50 licence holders.

“it could be perceived as an easier place to get a licence but that is not necessarily the case,” he continued. “From that point of view, English is important. If you speak french and your company has oots to the French market, these are great places to be.” 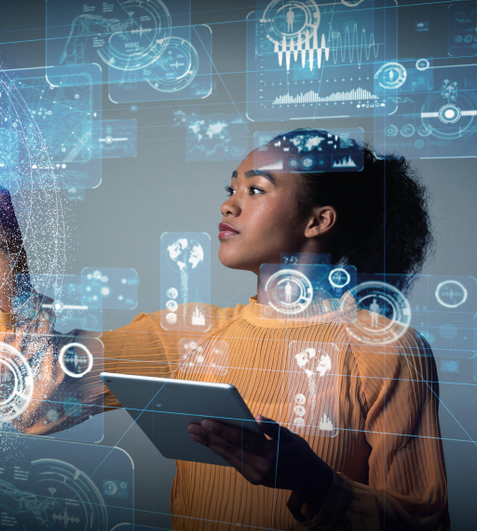 The English markets have been a key focus for Bonmoja Ltd, whose CEO, Sab Jhooti, delved into developments in Kenya, a large market with a strong sporting demand but also with regular regulatory and taxation changes.

Although expressing frustration with Kenya’s tax regime, with a rate of 25% and three different taxes – excise, withholding tax and gaming tax – Jhooti noted that Bonmoja was eager to capitalise on the opportunity in the East African nation, explaining local licensing conditions.

“It has been quite a challenging market. If you want a licence you need local shareholders, so going in has been very network driven,” he continued.

“Local entrepreneurs will acquire licences and wait for western operators to come in with the platform and infrastructure, and it is about finding the right partner within that.

“In some countries we have started the licensing process, but that can be very slow and you can get bogged down.”

South Africa and Ghana, he explained, are extremely different, with the former much more mature and well established than the latter.

“The South African market is a lot more mature and the player values tend to be a lot higher than the Ghana market,” he said.

“The financial system in South Africa is a mature system, and players tend to transact and stick around. “In the Ghana market, a focus on quality is something that works. You need to be clever on what type of player you’re targeting at acquisition, because this sometimes determines the retention you will get.”

Moving onto Nigeria, he shared Jhooti’s sentiment with regards to seizing opportunities, stating that Sportingbet has sought to be ‘ahead of the curve’ when it comes to tackling Africa’s largest country, with its fastest growing economy.

“It has a vast population and is probably one of the countries in the world that follows football the most, and we see that as an opportunity,” – the CYO asserted.

Another common theme throughout this nearly hour long discussion revolved around payments and technological hurdles in Africa.

Describing payments and currency as important factors that operators should keep in mind, he later found common ground with Yolo Group’s Head of Africa Albert Climent on the rise in popularity of cryptocurrency.

Saba added: “As some of you know Africa is still long unbanked throughout the continent, so people have to look for different ways to transact. Of course, if you have a retail operation, cash is king.”

Climent, meanwhile, was keen to emphasise the acceleration of cryptocurrency usage in Africa, which he stated is ‘100% real’ across the continent, due to giving people a sense of having greater control over their financial assets.

“We have taken a different approach to Africa, where borders and geographical areas play less of an important role. There is a small financial revolution happening in Africa at this point, especially through crypto adoption,” he remarked.

“Rather than going to every country and trying to get our licences and getting taken hostage by regulators or PSP providers and paying their rate, we instead focus on the community.”

A common crypto strategy can be adopted across North, East, South and West Africa, Yolo Group’s representative asserted, and even if just 0.5% of the population is crypto friendly, this is a lucrative demographic that can be catered to.

Saba agreed, stating: “I think crypto is definitely happening in Africa, that’s a fact. We decided not to get into it yet, because we’re a licensed operator in every single country.

“We have a licence, we abide by local rules and regulations, and it would be a bit complicated to go for this method of payment at this point, but crypto will solve a lot of problems and has a bright future.”

As Burrell observed, retail is still a dominant force in Africa, with this vertical constituting 45% of the market in some countries such as Nigeria.

This is not the case anymore, however, he asserted, noting that Moja Group has sought to operator ‘ahead of the curve’ in how it approaches the continent, although there is of course still room for caution when it comes to online gambling.

“You have bigger smartphone penetration throughout Africa, across every single country, and you also have mobile money for payments which are becoming bigger across the continent. We’re looking at how to really get as many people on board to our lottery games. We are looking at the countries between urban and rural, most of these countries still have very big rural populations. If you focus on smartphones, 4G and 3G might not be available, but if you have a GSM solution it will work and you’ll be able to onboard pretty much the entire addressable population.”

Despite retail’s dominance in Nigeria, Uys remained confident in Sportingbet’s online focus in the country, describing the firm as ‘online experts’ who ‘know how to run this business.

Even if it takes a few years we will find our place in this market and once it is ready we will take advantage of that opportunity,” he continued.

“There are obviously some risks involved, but you weigh up those risks and determine what you can make, and the benefits outweigh the risks.”

Overall, the panel agreed that Africa is somewhat overlooked by many operators, with ‘the new frontier’ – as Saba described the continent – home to numerous opportunities.

The region is not without its challenges, however, hence Jhotti’s remark that ‘if it was easy’ everyone would be doing’ – the panel concluded with some parting advice for any firms interested in Africa.

Identifying opportunity was a key focus for Uys, referring to Nigeria as an example:

“The Nigerian market has shown there is a massive opportunity. It’s obviously very competitive, but it’s about going with the online focus and seeing that as an opportunity to grow.”

On tech, Saba observed that although the majority of markets are behind in this area, adoption is on the rise, with smartphone penetration exceeding 50% in a lot of countries, especially with entertainment-driven young demographics.

“It might be a bit more aggressive, but the problems are always the same – that is understanding the market you’re in , understanding the regulator and making sure you abide by the rules. That’s the best thing you can do to salvage your business.”

He also noted that regulatory situations are often changing in Africa, lamenting that the landscape next year will likely be somewhat if not very different to this year.

“It is down to your local partner. Your operation in Africa revolves around your technology and local partners. Your local partner needs to be connected – know their way around problems you may be faced with. It might be a bit more aggressive, but the problems are always the same – that is understanding the market you’re in , understanding the regulator and making sure you abide by the rules. That’s the best thing you can do to salvage your business.” – he said.

Jhooti’s ultimate piece of advice for firms eyeing up Africa was that an approach which has been successful in markets such as Europe may not be successful elsewhere – operators who try to adopt this approach to Africa ‘will be mistaken’, he warned.