AI, of course, stands for artificial intelligence. It has a rich history and has been the backbone for countless aspects of computing, gaming, and more.

In gaming particularly, AI is more organize towards automation. What this simply means is that for the most part, a lot of AI performs in the manner that those very talented bots in unreal tournament did. They serve a specific purpose of keeping the game moving forward, and engaging the human player in a match after match till infinity, with gaming, AI has been an extreme benefit.

Instead of engaging in a more complicated strain of AI that deals with complicated algorithms, and machinery game, AI is able to simply play the game with player. Though, as the year go by, an advancement in AI technology as shaped the video gaming sector, apart from the automation aspect of gaming, AI has become more impressive that it is more of a mathematical exercise that serves as a purpose to sort of fill the gaps in video gaming which has become a force to be reckoned with in some cases and this technology is skilled and echoes what would happen later in the future. 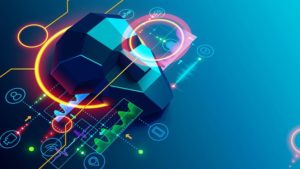 For example, imagine playing against a computer in a video gaming which in the normal sense you are playing against AI in a Chess grandmaster this technology could predict your moves in a chess game based on how it is built to predict the outcome of a player in which it would quickly calculate through every possible chess move. This leaves us human players in the dust, and that was a landmark in gaming AI.

Another benefit of AI was that it could detect easily when a player made mistake in gaming as well as help to predict a tactics that a human player could used if for example in a video game, a player might find a stage difficult AI technology will give a player insight on the best possible way to overcome such obstacles, which is quite common in most video games today. Though, the thing is: it doesn’t seem like vide games truly existed in a solid form without artificial intelligence, this landmark between human and AI seems like a prequel to the Matrix. Are we living in a computer simulation? That’s a discussion for a different time.

Although, but when we look at the overall video gaming space AI has truly been involved right from the inception of video gaming and with that at the back of our mind we cannot deny the fact that AI is disrupting the overall gambling space, today in most case it is now been used by major industry stakeholders in the gambling space as well as the sports sector.