Every great crowd favorite deserves a sequel. Whether it’s an amazing film, a popular book, a classic video game or a heated sports rivalry, one and done is rarely enough for true fans, who want to see even more of what hooked them in the first place.

And while it isn’t as common, the same can be true in the online slots industry, where some truly outstanding games are bound to get a second treatment somewhere down the line. One title that was more than worthy of a sequel was Betsoft’s The Slotfather, one of the classics of that company’s collection and one of their first popular 3D games. This game that melded humor and drama as it explored the world of an underground organized crime syndicate delighted fans for years, and while players continue to enjoy it to this day, the developer decided that it the time had finally come for an update. That’s the story behind The Slotfather: Part II, the long-awaited sequel to the Betsoft classic. With new art, new features, and a completely different style of play, this is a machine that should be of great interest to players who enjoyed the first game. 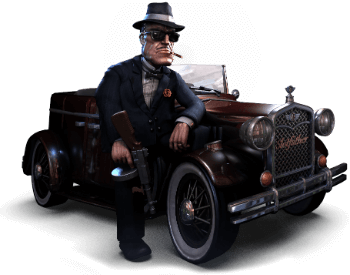 The Slotfather: Part II is a five-reel machine that uses a mafia theme. Many of the characters seen in this title are holdovers from the first slot, including a number of familiar gang members who are updated in a more detailed, sharper artistic style. You’ll get to explore the same world here, but in a bit more detail: it’s obvious (as it is in many of the company’s other creations) that their artistic abilities and technological prowess have improved over the years, and the payoff comes in the way of games that are absolutely gorgeous to look at.

One of the biggest changes this time around is in the format. While both of the titles in this series utilize a five-reel format, the older game is a 30-line machine, while this version uses the 243 Ways system. That means that you can win on any given left-to-right combination on the 5×3 layout, so players don’t have to worry so much about pay lines. Just pay one flat price (with plenty of variations available in how many coins you play, and how much each coin costs), and you get access to every possible winning line.

The game offers up a variety of thematic symbols that can be matched to earn prizes. Lower-value symbols include a portrait of the Leaning Tower of Pisa, cigars and brandy, and wads of cash. As you might expect, the Slotfather himself is the biggest winner, potentially earning you thousands of credits if you can match five in a row.

There are also a few special symbols that players will want to keep their eyes on while they play through this machine. First, there’s a wild, which can substitute for any of the normal icons in order to help make winning lines. There’s also a scatter (a truck), which not only offers increasingly large prizes should you hit two or more anywhere on the screen, but also earns players a number of free spins if they match at least three. This free play feature offers double the normal prizes, can be retriggered, and includes an extra instant credits bonus at the end of the mini-game. 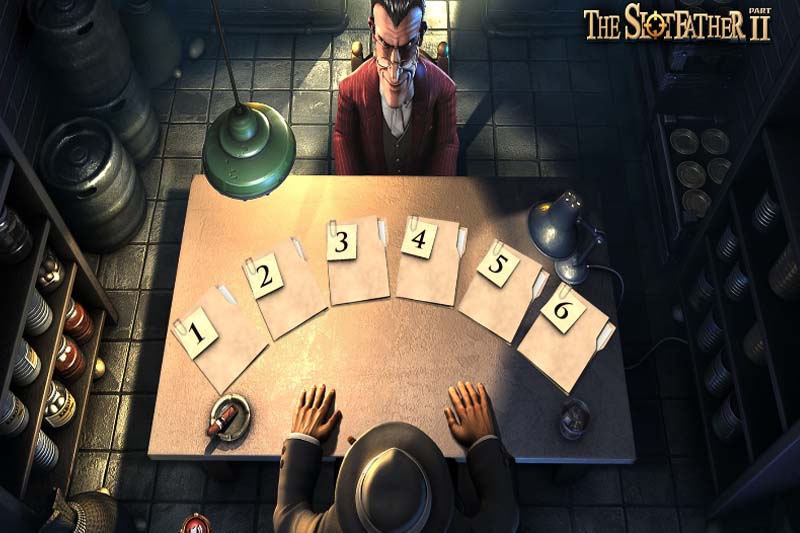 However, our favorite feature is probably the Gangster Bonus. Three other characters are holdovers from the previous machine: Frankie, Fat Tony, and Snake Eyes Sammy. These gang members appear in special extended symbols that can cover an entire reel. Not only do they earn nice prizes, but they can trigger a respin: hit at least two full reels of one character, and the other reels will respin, potentially getting you earnings on a massive number of paylines.

In addition, filling three or more reels with one character will trigger the special feature. In this game, you’ll collect protection money from local businesses, because – well, because that’s just what the mafia does! You’ll pick from several options in order to reveal a payout. The most interesting part of this game, to us, was the fact that which gangster triggers this bonus round impacts the risk and reward potential. Fat Tony, for instance, offers the least volatility; Sammy offers a bit more, and Frankie has the widest range of possible outcomes.