The Ancient Egyptians gave birth to some great innovations, many of which are credited with shaping modern civilizations. In the present day, developments in mathematics, geometry and literature can be traced back to this part of Africa as Egypt provided some of the great minds of the time.

Can Egypt be credited with the advent day gambling? its often been claimed that Ancient Egyptians gambled by throwing coins during religious rituals and there is some evidence, dating back to 2630 BC, that appears to back this up, though the Greek city states, over 2,000 years ago also claimed to be the first place betting events was ever to be recorded in history. The Romans soon adopted it and turned it into real business especially from the famous gladiator games. It soon spread to England, where its most famous branch was horse racing, and subsequently spread to the world.

However, the current situation as regards to gambling in Egypt is not quite clear cut. Based on the present research, is that at present, it is illegal for Egyptian residents to gamble in person other than state approved lotteries and on a very small selection of sporting events. Although, the government recognized the essence of gambling how it can be an important source of revenue with that in mind knowing Egypt is home to one of the most visit tourist destination in the world. The government but only opened things up to tourist. Consequently, around 5 million visitors are recorded yearly according to Daily News Egypt. At present, there are over 20 bricks-mortar casinos that are available which 50% tax of they earnings are been charged by the government. Indeed that’s a bit tough for operators, but only overseas players can participate. Meaning a means of identification must be shown before you can be allowed to wage. 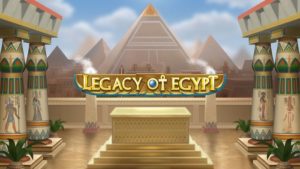 Further, there is an exception to the general rule if we head into the digital world. In theory, online gambling is not legal but the sector isn’t regulated either. It means that international betting sites accept Egyptians players as there are no laws that prohibit its citizens from wagering in any of the online betting. Though, there is loophole here that many punters are able to exploit. From those restricted outlets, they as been a report from some offshore betting sites that a growing number of Egyptians are opening sports betting account and casino accounts and many of those players seem to be following a clear path not to mention them all which include William Hill, GoodWin Casino, NetBet and others however, football is popular in the country, particularly local football matches as well as the English Premier League this could be said the influence of Egyptian star striker Mohamed Salah’s nickname Egyptian King, involvement which has a massive follower-ship in the country.

However, sports betting are undoubtedly on the rise in Egypt but perhaps the greater preference is for a few games at the online casinos. This is, potentially, due to a more obvious comparison between casino play and that love of video gaming and eSports which has is own fare share of markets.

Although, as stated earlier one of the challenges about casinos in Egypt is the rigorous legislation, according to the law, this begs the question as to why the government has such a tight grip on gaming if it brings financial gains, elsewhere its claimed that tourist casinos brings in some $60 billion USD per annum, however, if the laws were to change to opened it doors for its residents to participate and the 50% tax money lowered consequently the tax money will generate more revenue and it can be put to good use in any infrastructure programs. Though, since it’s a Muslim country those changes could take a toll and might be met with resistance.

Tradition could suffer a heavy blow and reactions from the populace might be severe. Whatever they decide to do it’s up to them to solve this problem. There are many variants to gaming that can be taken up since technology is always booming new trends will take over and offer a friendlier climate but one thing is certain the interest in gambling in Egypt exists and it’s now up to the authorities to decide whether they want to capitalize on the vast financial potential.