For an industry that has only been in existence for a little over two decades, online gambling has been one of the big success stories of our time. From a standing start, it is now worth around $50 billion a year with a predicted CAGR of 11.5% between now and 2025.

There are a number of drivers behind this predicted growth, not to mention a few factors that also have the potential to limit it such as increasing legislation, but overall it’s a very positive picture both for the players on the many sites available and their operators.

There have been a number of significant milestones in the history to date of online gambling with many being driven by technology. One of the first of these has been the introduction of the “live” casino which has been made possible by faster internet download speeds and the increasing sophistication of devices on which games can be played. In this form of gambling, which generally includes games like roulette, blackjack and baccarat, action is streamed to players as real-life dealers play in actual time. In capturing some of the atmosphere and excitement of the real casino it has proved to be an irresistible draw to many. 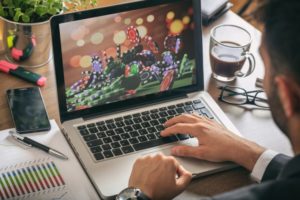 But the real breakthrough has been the development of mobile sites enabling players to enjoy an online casino session wherever and whenever the mood takes them. This has been in line with the gradual dominance of the mobile device as a preferred method of going online, a tipping point that originally occurred back in 2016.

This not only has had an effect on the numbers of people playing online, it has also seen a change in the demographics of players. For example, there’s evidence that more millennials have been attracted to online sites now that they are fully optimised for mobile play. There has also been a big increase in women players. This group has been especially targeted by slots and bingo sites where they tend to play for longer, but for lower stakes, than their male counterparts who seem to prefer short, sharp bursts of play on more casino-style games.

Online gambling around the world

Looking around the world, it’s undoubtedly the UK that leads the way in online gambling. According to official Gambling Commission figures, between April 2018 and March 2019 the gross revenue for the remote sector was £5.3 billion, well over a third of the total for the whole industry. A combination of excellent internet accessibility and relatively liberal legislation are two factors that have played a part in this success, along with the large sums that the key operators spend on marketing.

However, there’s a great variation globally on the law regarding online gambling which has limited its expansion in many territories. One example is in the US where it is only permitted in a handful of states including Nevada, New Jersey and Pennsylvania while in the biggest potential market of all, China, it is banned outright.

Others, like Australia and Canada, have a fairly liberal approach to online gambling and, as a result, the industry is seeing around a 30% annual growth in both of these countries. In terms of where shows the greatest future potential, the continent of Africa still has huge untapped potential in a number of its countries including Nigeria, Kenya and Ghana.

Obviously, an industry that has been so successful is also one in which competition has been fierce. The strategy of many of the big operators, therefore, has been to merge to create multi-billion-dollar organisations and there was a particular surge in these in 2017 and 2018. 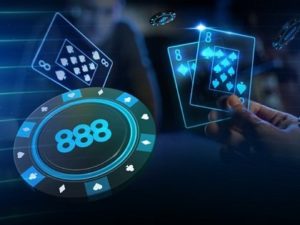 However, some online poker rooms like 888poker have remained fiercely independent and continue to thrive. As part of the larger group called 888 Holdings, this has been a consistently well-performing business as well as a popular one with investors. While it may be nowhere near its market peak that it achieved in May 2018 with a share price of 318p, it continues to show consistent performance today. Just as it has remained financially independent, one of the company’s great strengths is that it has also concentrated on developing its own gaming software rather than relying on third party providers. Its poker division also maintains a very high profile by sponsoring tournaments as well as having a number of brand ambassadors including some of the world’s most famous and successful players.

As already mentioned, the industry as a whole is projected to grow at a very impressive rate over the next few years and beyond and there are a number of factors that support this prediction. More and more countries are now looking at revising legislation which, at present, may not even acknowledge or take into account online gambling. In light of the potential for huge tax revenues it could raise, many are set to look favourably on it.

There are also some exciting technological advancements on the way that are set to boost the whole industry, and these range from Virtual Reality to Artificial Intelligence. Together, they promise to make the player experience even more immersive and personalised.

The third factor is that people are always looking for more or different ways to use their leisure time and there is a definite drive within the industry to align online gambling with activities like watching TV or going to the movies. So, the outlook is undoubtedly bright for online gambling – and it’s sure to continue to be so for many years to come.