The regular season of the elite Danish ice hockey championship began in early September 2022 and will end in March 2023. According to the results of the regular season, eight of the nine participating teams will advance to the quarterfinal stage of the playoffs.

The main four clubs claiming the championship title, according to bookmakers, are: Aalborg Pirates, Herning Blue Fox, Rungsted Cyre Capital and Esbjerg Energie. If you are a fan of hockey and you need to bet on this event, then we recommend that you follow the link https://1xbet-uz.mobi/registracziya-v-1xbet/.

Garth Murray’s boys are having a pretty good regular season. After 23 games played, Aalborg Pirates were in third place. Having two games less, the Red-Whites were ahead of the fourth Odense Bulldogs by one point, and they were seven points behind the second Sonnerjyske. At the same time, by the beginning of December, the Pirates had the best defense. On average, the team conceded a little more than two goals in three periods.

Aalborg Pirates have won the league title twice in the club’s history, in 1981 and 2018. Given the form of the inhabitants of the Gigantium arena in the regular championship, in the playoffs, the Pirates may well reach the final and aim for gold medals. Although you should not expect an easy walk in “red-white”.

Pekka Tirkkonen’s guys performed consistently during the first four months of the season. By the 25th round, Herning Blue Fox was at the head of the standings, two points ahead of the second Sönderjyske. Having gained 18 wins, the Blue-Yellow-Whites suffered 7 losses, 6 of which were in regular time. Mac Carruth and partners have a good attack and good defense. So in the playoffs, the inhabitants of the hockey arena “KVIK” may well impose a fight on absolutely all opponents.

The Blue Foxes have been Danish Champions 16 times in history. Although the club from Herning got the last title back in 2012. The Blue-Yellow-Whites have a strong squad, as for the Danish championship, which has four players from across the ocean. Most of these Blue Fox players have AHL experience. So Herning representatives may well compete for the “gold”.

The Oleni have won Metal Ligaen gold medals twice over the past three years in the 2018/2019 and 2020/2021 seasons. In the current regular season, the Blue-Red-White-Blacks did not differ in stability. After 25 games played, Rungsted Cyre Capital were 11 points behind the top three. Having won ten fights in regular time, the inhabitants of the Bitcoin Arena suffered 15 defeats.

Rungsted Cyre Capital is unlikely to be able to impose the fight for gold medals on more well-played and stable opponents. In addition, the “deer” have one of the worst defenses in the league during the regular season. Mattias Persson and company will try to surprise, but it is hardly worth counting on winning the championship title for the Blue-Red-White-Black.

Wards of Canadian Jason Jaspers by the 23rd round were at the bottom of the standings. During this time, Esbjerg Energi won nine times and lost in regular time. Also, the team in five cases was weaker in overtime or a shootout. Although by the beginning of December the difference between goals scored and conceded by the “blue-yellows” was positive. For example, it is negative for Rungsted Cyre Capital, which is located above. The seven-time Danish hockey champion will make every effort to once again get the “gold”. But it will be extremely difficult to do so.

The club from Esbjerg does not have a very competitive squad and it will be extremely difficult for the Blue-Yellows to go beyond the semi-finals. In addition, in the course of the season, the Energies managed to give way to the main outsider of the league, Redovra Mighty Bulls. So in the knockout battles, Jeff King and partners are unlikely to be able to go beyond the semi-finals.

Based on the game form and the strength of the squads, Aalborg Pirates and Herning Blue Fox will have the most chances to win the Danish Metal Ligaen. Rungsted Saire Capital and Esbjerg Energies are extremely unstable and, with a high probability, bronze medals are the maximum that these teams can compete for. 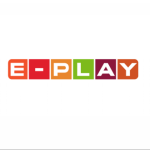