The West African country Togo, officially the Togolese Republic is a small country boarded by Ghana, Benin and Burkina Faso that extends to the Gulf of Guinea. The population of over 8 million residents 41.2 per cent live in urban areas according to Statista. The country gained its independence from France in 1960, and became a sovereign state, before that it was a French colony called Togoland.

Although the most common form of gambling is legal from casino to sports betting and lottery though lottery gambling is the most popular established in 1966 the lottery makes up 65% of all gambling revenue, and it is the biggest in terms of GGR.

According to the local publication report, total revenue generated from the country, gambling sector was $30.36 million. Most of it came from the lottery sector in 2018.

However, there are Brick-Mortar casinos licensed and taxed in Togo; they are three casinos located in Capital Lomé and account for 35% of all gambling-related incomes for the state in 2017. Further, Sports betting is prevalent in many African countries, and this influence linked to the passion Africans have for sports, particularly football. 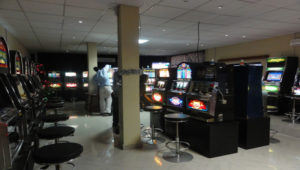 In recent years the phenomenon of sports betting is growing at a fast-paced, especially with the highly regarded Togolese National football team and players that ply their football trade in the English league, perhaps it as spurts the growth of sports betting among youths in the country while there are plenty of land-based betting shops in Togo. There is no word on the legal status of online sports betting to an online casino as well as the lottery. Still, it is a largely unregulated market, as in most developing African countries. Though, there are no laws that prohibit bettors from wagering in offshore betting sites.

Economic prospects are encouraging, with growth that will reach 5.3 per cent by 2020, and it is expected to account 5.5 per cent by 2021, according to Africa Development Bank (AFDB). Thanks to some significant infrastructure investments in Energy and transportation, the investment rate rose from 12% of GDP to 26% over 2012-15 and drove economic growth at 5.1% in 2019. However, these public expenditures increased the risk of debt sustainability to more than 80% in 2016. However, thanks to the 2019 reform initiatives to broaden fiscal space, improve the business climate, and support the Energy, agroindustry, logistics and digital sectors. Unemployment was 3.4% in 2015, with underemployment at 24.9%.

The poverty rate was 53%, and a Gini Index of 0.38 reflecting significant inequalities. Though as at 2019 the country GDP per capital account for $740.69 according to UN and IMF respectively, at the same time as stated earlier the country reforms in public finance and the improvement of the business environment has helped Togo advance several positions in the 2019 and 2020 Ease of Doing Business report. After successful implementation of Macroeconomic reform program. Togo ranked 165 of 188 countries on the human development index. The display between available training and education programs and employment opportunities puts significant pressure on the labour market, especially for higher education graduates.

The Future of gambling in Togo 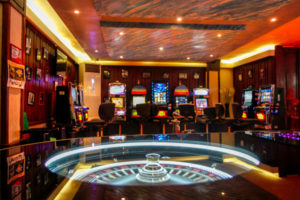 Togo is one of the most liberal people in sub-Saharan Africa; Togo is a relatively religious diverse nation, with significant numbers in a variety of different religion- although the proportions of this debate. A study conducted at the University of Lomé said that 33% of the population practice Animism (an indigenous belief system that believes every person, place and everything on earth contains spiritual essence). As there is an excellent opportunity for gambling business, unlike many African countries that either Christian or Muslim dominated society, were stigma for gambling is present.

However, the country digitalization sector as also spurts an incredible growth, especially the mobile device penetration in the country, like other West African countries. According to the Minister of post-digital economy, Cina Lawson said mobile penetration rate in Togo has soared by 70% speaking during the “Tech for Africa. However, according to the recent statistics Internet World Stats, the country internet user and penetration stood at 45.0% and 6.8 % internet penetration respectively in the country. However, the country gambling industry may not be significant in terms of the gambling market as other top Africa gaming industry in Africa. Yet, still, Togo has all the potentials for a gambling business to strive. As stated earlier, part of the reforms the government initiated, as position Togo as viable for gambling business, perhaps in the last five years, as a result of this reforms, for the second year in a row as seen the country on the list of top improvers Ease of Doing business 2019 report, seeing them eight positions in Africa and 68 in the world.