Casino apps are among the most exciting advancements in the gaming industry in a while. Instead of traveling to a casino or needing a laptop to play, these applications are in your possession wherever you go—making it fun, simple, and easy to play!

Mobile casino apps and games are getting highly widespread in the Apple App Store and Google Play Store. As more sports bettors, casinos, and poker players embrace online gambling, the need for free and real money gambling apps with safe gameplay and high-quality visuals grows. Annually, the apps generate millions of dollars in revenue from users, and this is evidence enough that real money casino apps in the USA are pretty popular. 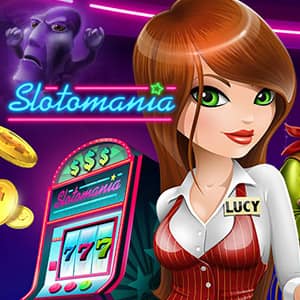 Slotomania has so far been available for over a decade. Playtika released it in 2011, and this developer has a slew of popular titles, including World Series of Poker and Caesars Casino. The revenue strategy for Slotomania revolves upon in-app purchases and subscriptions. On the homepage, a prominent green ‘Buy’ symbol catches the gamers’ attention. The sign refers to Slotomania’s in-game store. There are three types of offers in the store: coins, gems, and subscriptions.

The game’s currency, coins, has the most diversified offer. Players can select from six separate packs ranging in price from $1.99 to $49.99. All deals are only for new players and include a 100 percent bonus. People enjoy the uniqueness of the app, which makes it more appealing. There are three booster subscriptions available in the game. When a player subscribes, he or she has the option of enjoying the subscription perks for three or seven days. The three-day memberships, which are less expensive, serve as trial runs.

BetMGM, which debuted in 2018, is owned evenly by MGM Resorts and Entain. BetMGM’s revenues increased by 90% in the first three months of 2021 compared to the same period in 2020. As per the parent company MGM, sales were $163 million in the first quarter of 2021 and are expected to exceed $1 billion in 2022. You can enjoy your favorite casino games, such as Slots, Poker, Blackjack, Roulette, and Video Poker, at BetMGM Casino at any moment of day or night, seven days a week. All of your favorite games from Las Vegas’ renowned brand are now available in a single real money casino app.

TheBet MGM app uses display adverts as a monetization strategy, thus gaining revenue from its excellent user base. In-app purchases are also an alternative monetization strategy for Bet MGM’S app. To continue enjoying certain features, players have to unlock them by buying from the store.

MyJackpot: Vegas Slot Machines & Casino Games app by Whow Games GmbH has a TeenSimulated Gambling content rating and can be downloaded and installed on android devices that support 21 API and higher. It provides endless entertainment, and you can play free slots from actual arcades and gaming halls, such as Ramses Book, Fancy Fruits, Super Duper Cherry, and many more! The app offers in-app purchases as the primary revenue-generating strategy, which has earned it $5 million. As of April 2021, the app had over 200k downloads.

Big Fish Casino allows you to continue winning in Slots, Blackjack, Texas Hold ’em Poker, Roulette, and much more games. Participate in tournaments, get chip bonuses every 30 minutes, and much more in their app, which has been available since 2015. Big Fish Games, a casual gaming firm, generated $295.49 million in in-app purchase sales in 2020, indicating a 14.4% increase over the previous year.

Cashman Casino is one of the best new free casino slot apps with top Aristocrat slot machines. Cashman Casino has 5-reels and 3-reels ‘777’ classic slot machines for a one-of-a-kind free slots experience, and it’s powered by Product Madness. The app, which was released in 2017, has 80k downloads and is available in the app store only. Cashman casino had revenues of $7 million in April 2021 and used in-app purchases as a monetization strategy.

The surge in technology has seen the rise of mobile apps to cater to gamers’ needs. Developers have several ways to earn revenue as players are engaged in their favorite titles. In-app purchases require players to pay to unlock certain features in the game, such as reducing the wait time, thus generating revenue for app developers.Through subscriptions, players enjoy certain features for a certain period at a cost, generating more revenue for casino apps. As the years go by, casino apps are becoming more interactive and more money-making.