The B2B provider of live games for betting, TVBET, has announced the launch of the new card game — Teen Patti! An exciting game with oriental motives will complement the portfolio and become the provider’s 13th game. Teen Patti can already be included in each partner’s portfolio.

Accordingly, Teen Patti is now available in Demo on their official website. Previously, the B2B provider developed 4 live games for its Asian partner — Supernowa. Teen Patti was one of these games. The game has already proven itself well in the Asian market and attracted the attention of players and bettors. TVBET has decided to move further and provide this game for all its partners. 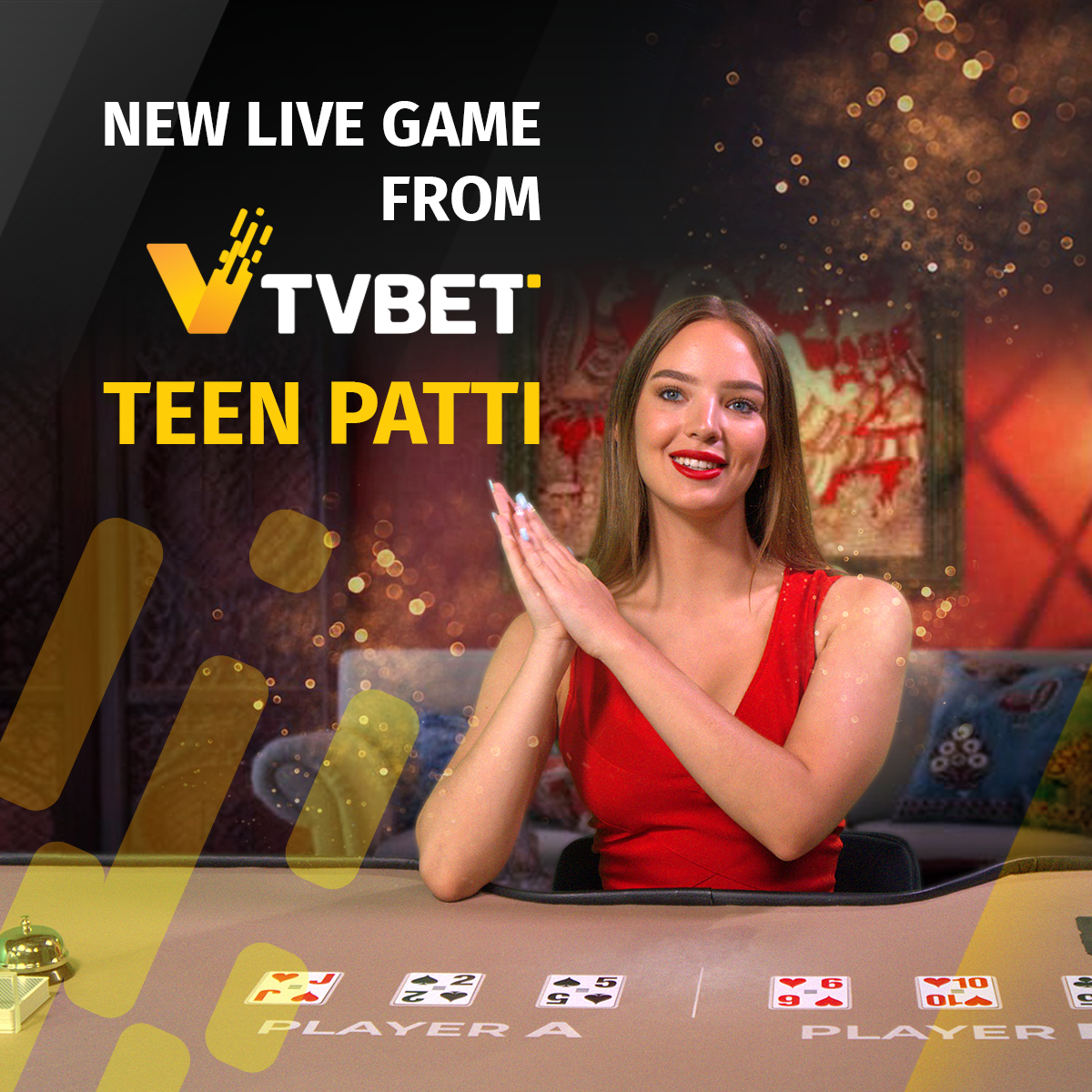 The homeland of the Teen Patti game is India and its name is translated as “Three Cards”. This game is also known as Indian Poker or Flash. Throughout the 20th century, it was one of the main family card games in the country, especially during the five-day festival of lights — Diwali. It is believed that Teen Patti originated from the British card game Brag. Subsequently, “Three Cards” spread to private gaming clubs in Goa and Mumbai, and with migrants from India — throughout Southeast Asia.

The rules of the game are simple, which can captivate not only the local audience but all the players globally. In the TVBET version, the standard 52-card deck is used. After shuffling, a presenter opens one card for each of the players, until each has 3 cards. From these cards, certain combinations arrive. The goal of the game is to collect a stronger combination than the opponent’s one. Participants in the game can place bets on the victory of one of the players or on a winning combination.

Before each game, punters can place bets on both the current game and on upcoming rounds. At the same time, bets of different draws can be combined both within Teen Patti and within other TVBET games, thus receiving an increased coefficient. In addition to winning, players can receive a jackpot. Moreover, there can be three jackpots in each game!

The TVBET team is inspired by adding new solutions and aims to create more involving top-notch live games for their partners. Contact the provider via email [email protected] to get to know all the details of the new game.

About TVBET
TVBET is a world’s leading provider of live-games offering a fully customizable games’ integration for bookmakers and casinos in order to support their growth and development in a competitive market. Since its launch in 2016, TVBET’s major idea is to create and then maintain a top-shelf and up-to-date content for partners that will literally «glue» any player to their computer’s, tv’s or smartphone’s screen. Operators crew of TVBET are diligently conducting the technical aspect to pursue a high-quality «picture» and sound of broadcasting, while charming hosts make every player stay interested in the continuation of the game as long as possible. TVBET products are certified by GLI which confirms randomness of the results. Currently, the award-winning provider operates 12 unique live-games available worldwide 24 hours a day, 365 days a year.