Uganda’s Blockchain community welcomes the recent call on authorities to create a cryptocurrency regulatory framework, a board member of the Blockchain Association of Uganda (BAU) has said. The member, Suleiman Murunga, explains that such a framework “will boost investor confidence and enable participation by innovators.

The remarks by BAU’s Murunga come just a few months after Uganda’s Financial Intelligence Authority (FIA) calls for crypto framework informed the country’s Ministry of Finance to look into the possibility of regulating cryptocurrency. As reported by local media, the FIA called for regulation of cryptocurrencies after noting that only a few crypto entities had voluntarily registered. The FIA hoped to use the crypto industry compliance with the voluntary registration policy to bolster its own ability to protect users and the larger economy from possible misusing cryptocurrencies. However, the Central Bank of Uganda is prioritizing implementing payment service provider guidelines ahead of the crypto sector. 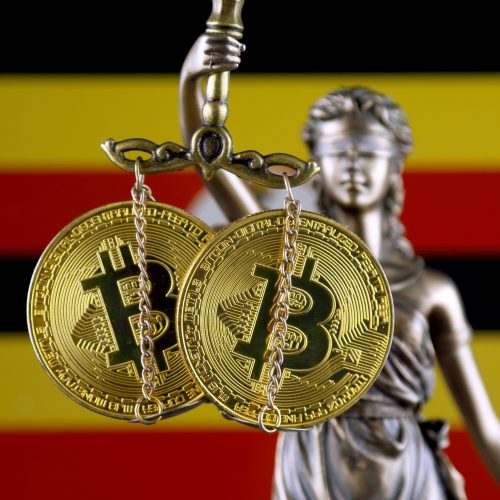 Meanwhile, Murunga tells local media that while Uganda authorities have seemingly acknowledged the FIA’s call, he explained that there had not been any significant movement on this from the source just yet. The apex bank of Uganda shift is focused on implementing the payment service provider (PSP) guidelines and can’t be bothered with crypto at the moment. As suggested by Murunga, the central bank has so far prioritized the implementation of (PSP) guidelines ahead of creating a crypto regulatory framework. This is evidenced by a report in Uganda media which suggested that the central bank had taken over the regulation of mobile money service providers. It remains to be seen if Uganda authorities will turn their attention towards cryptocurrencies once the implementation of the so-called PSP guidelines is complete.

Further, the call by the Uganda FIA for regulatory framework for service providers was prompted by the Uganda crypto industry’s failure to comply with an earlier plea for industry players to register. Speaking Sydney Asubo the FIA executive director of the financial intelligence body explains why it wants the Uganda government involvements in crafting the regulation. “Virtual assets service providers are now in category 16 of the most vulnerable to terrorism financing and money laundering. Last year, we gave them one month to register, but only a few crypto trading platforms responded.

In December 2020, the FIA published revealing an amendment to the Anti-Money Laundering Act, which classed virtual Assets Service Providers (VASP) “as accountable persons.” This, therefore, meant entities like cryptocurrency exchanges or other crypto assets service providers were “now subject to the supervision and monitoring by the FIA. Still despite this amendment calling VASP to register by December 27 2020, only a few have responded according to the FIA, this non-compliance limits its ability “to protect users and the larger economy.

” Meanwhile, the local report also explained how the proliferation of pyramid and cryptocurrency companies that offer out-of-the-world returns on investment” – has shaped how FIA views the industry.

Many Uganda citizens have, just like many others across Africa, been the victim of a crypto scam. The FIA believes it can fight and reduce crypto scammers if crypto service providers are placed under its supervision.

How to cope with gambling loses and start winning.

Online gambling taxation as a way of African economic recovery

ICE London 2022 opens registration for its return to the ExCeL