Sports and the gaming sector has paid tribute to Queen Elizabeth II following her death at the age of 96. The longest-serving monarch in British history, Elizabeth II, took the throne on February 6, 1952. She died at Balmoral Castle in Scotland. Her eldest son has become King Charles III.

The Queen was known for her keen interest in horseracing, and the racing sector was quick to pay tribute to her reign. Racing was suspended on Friday as a mark of respect. The British Horseracing Authority (BHA) noted the queen’s roles as a patron of The Jockey Club and Thoroughbred Breeders Association.

“The BHA extends our heartfelt condolences to the Royal Family and all those affected by this sad news. Racing owes an incalculable debt of gratitude, not only for Her Majesty’s dedication and commitment to the sport, but for her public advocacy of it, something that doubtless has driven the sport’s popularity and attracted a great number of fans. There will be many who work in racing who have enjoyed relationships with Her Majesty through the training and breeding of her horses and will be grieving. Our thoughts are with them, and of course the sympathies of all associated with racing are with Her Majesty The Queen’s family, on this sad day.”

“On behalf of the Levy Board, I extend our deepest condolences to the Royal Family. Her Majesty made an incalculable contribution to horseracing and breeding and to the horse world in a life of duty and service.”

“The world of racing has lost one of its greatest supporters. We at Ascot are privileged to have so many memories of Her Majesty The Queen at this her racecourse, including some wonderful victories in the Royal colours. We offer our deepest sympathies to His Majesty The King and the whole Royal Family.”

“Throughout her life, Her Majesty The Queen was a figurehead not just for British horse racing, but for the nation. It is with deep sadness that we consider today’s news of her passing, but I can express the deep gratitude of myself and all at Arena Racing Company for her unwavering support for, and appreciation of, British racing over many decades. May she rest in peace.”

Some bookmakers, including William Hill and Betfred, closed their retail outlets on Friday as a mark of respect. William Hill said in a statement:

“We’re saddened to hear of the passing of Her Majesty The Queen. Queen Elizabeth II, our longest reigning monarch, has been an important and steadfast figurehead during times of massive change. We join with the nation in expressing our deepest condolences to The Royal Family.” 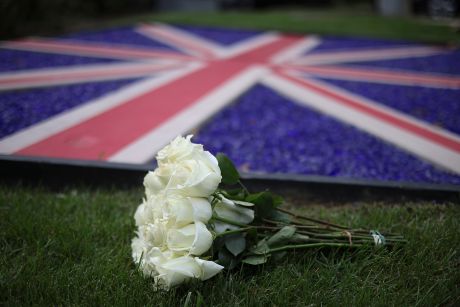 English football, including the Premier League and English Football League, cancelled all fixtures over the weekend. Golf’s European Tour suspended play at the PGA Championships at Wentworth and the England and Wales Cricket Board (ECB) suspended Friday’s play in the third England v South Africa Test.

Last week, the BHA named Greg Swift, a former government spokesperson and head of news, as its new director of communications and corporate affairs. Swift will take up the role at the end of October, with Robin Mounsey serving as interim director in the meantime.

In June, the body promoted Alison Enticknap to the newly created role of director of strategy and change. She will lead the coordination of BHA’s strategy for the horse racing industry working with various stakeholders.