Like in most of Africa, gaming is a relatively new industry in Tanzania. But it already has a substantial size with great tendencies to grow. In 2018, that market was valued at $16 million, and it is projected to almost double to $31 million by 2023. Where is this growth coming from?

The background of gaming in Tanzania.
One of the factors that contributed to the rise of gaming is the rapid urbanization that Tanzania is going through. This led to higher employment, which in turn contributed to the growth of disposable income that can now be used for leisure activities.

A crucial factor, as with the rest of the continent, is the huge and growing youth population. Today, 64% of the country’s population is under the age of 24. And it is projected that the young population of Tanzania will rise from 17.8 million in 2015 to 62.3 million in 2065.

And what especially helped the ball rolling is that sports betting was legalized in the late 1990s. As sports betting activities transitioned from a physical to an online mode, this was accompanied by much higher use of the Internet in Tanzania, which was the wind at the back for gaming and gaming-like activities.

With the rise of Internet users came a great rise of smartphone users in the country. In 2019, Internet penetration stood at 43%. At the time, it was projected that the usage of smartphones in Tanzania will grow at a relatively fast compound annual growth rate (CAGR) of 19%. This will account for more than 30 million users by 2024. And this is where the mobile gaming market bleeds in, with worldwide popular titles such as PUBG Mobile, Candy Crush Saga, Garena Free Fire representing the top-grossing gaming apps in the country both for Android and iOS users. 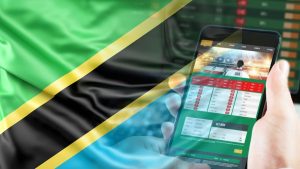 Tanzanian Gaming Market.
More than 20,000 people in Tanzania have jobs in companies engaged in gaming. This means that gaming is becoming an important source of employment. The industry currently contributes more than 3% of the Gross Domestic Product.

James Mbalwe, Director General of the Gaming Board of Tanzania, stated in 2019 that the gaming industry is attracting more and more investors. This was a result of an improved business environment and is now resulting in gaming being a rising contributor to the economic growth of Tanzania: “Over the past few years, Tanzania has recorded massive growth in tax collections from gaming activities, due to the rising number of players and tighter controls”.

He added that the board is planning to change the current revenue collection system into an electronic version. The system will be connected to the one that the gaming companies use in their day-to-day operations. This will greatly increase the efficiency of revenue collection.

When it comes to the growth of the gaming industry, Tanzania is very much a typical African country: the future of online gaming in the country looks very bright mostly because of the very big youth population, and the growing numbers of smartphone users.

And when it comes to the rest of the continent, statistics show that due to the high smartphone penetration, games like casino games, and mentioned PUBG, and Candy Crush Saga, are among the most popular apps. Casino games are still not completely accepted everywhere, but they are proven to be popular in Kenya, Nigeria, Tanzania, and South Africa.

How iGaming contributes to the numbers?
Speaking of the popularity of casino games, Tanzania legalized gambling back in 1992, and online gambling in 1999, making it, in this context, one of the most progressive countries in Africa. Additionally, in 2003 a legal body called the Gaming Board of Tanzania was established to oversee the gambling industry.

In 2013, the first online casino on the African continent was created in Tanzania, licensed by the Gaming Board – today it can be accessed all over Africa. At the moment, online gambling in Tanzania is at the height of its popularity. The crucial factor that enabled this development was the legal system that, on the one hand, protects the users, and on the other, allows businesses to flourish.

What is with other countries?
When it comes to the rest of the continent, besides Tanzania, South Africa is another place where gambling is highly widespread. There are 45 land-based casinos in the country – the highest number in Africa, and more than 90% of SA citizens have at some point in their lives tried gambling. However, the land-based venues have been losing market share to their online alternatives, which, among other things, provide bonuses and promotions, safe banking methods, and a much wider array of games than in most land-based venues. This was only increased with the Covid-19 crisis. And what is important to mention – iGaming is not even fully legalized in the state.

On the other hand, Tumani Maligana, country manager for Tanzanian iGaming company Parimatch, states that the pandemic initially had a very negative influence on the company. But this was only a catalyst that compelled them to bring new products to the market:

“Everyone was in shock and didn’t know what to do. We, at Parimatch, didn’t have a casino product yet, so we experienced a lot of player inactivity during this initial period and many of our players moved to our competitors who had casino products….we immediately applied for a casino license, and we were officially awarded the license in May… Even after live sport was brought back to our screens, casinos continued to contribute to the majority of our income. Virtual games and slot games have also played a big role in our non-sports offerings. These types of games were not well known before, but are now very popular.”

Tanzania will be a significant player in the rise of the gaming industry in Africa. Even though so far it was often placed behind regional market leaders such as Kenya, or continental leaders such as South Africa, it is very clear Tanzania is experiencing healthy growth when it comes to the gaming market. And even with the Covid-19 pandemic that was certainly a hit, in the end, it served as a catalyst for new products being developed, and ultimately it pushed users even more in the direction of online gaming options.

Online Gambling in Senegal Is on the Rise

Online gambling and the Economy – Benefits Of Gambling

How to gamble online in South Africa