Blackball pool ( sometimes written as black ball ) is also known as reds and yellows and English eight ball is a pool game originated from the United Kingdom and popularized across Europe and The Commonwealth, such as Australia and South Africa. In UK and Ireland its called simply “Pool”.

The game is played with sixteen balls ( a cue ball and fifteen unnumbered object balls ) on a small ( 6 ft x 3 ft or 7 ft x 3 ft ) pool table with six pockets.

The Objective of the Game : 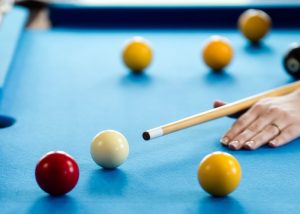 The Rules of Breaking :

In this game players do not nominate their group of object balls. At the start of a frame, before players’ groups have been determined, the table is said to be open. The table is open after the break, and remains open until a player pots a ball or balls from only one group in a normal legal shot. The ball potted decides the group of that player. However groups are not assigned if balls from both groups are potted on a shot, or on a free shot following a foul. 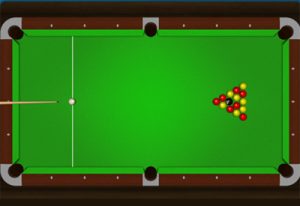 End of Part I

What are the terms and rules while Playing Blackball? – Part II