The continent is relatively underdeveloped; the gambling industry in Africa is still emerging as whole compare to other parts of the world.

Then again, many involved in the industry would be happy to tell you emerging gambling industry is just another way to say ”huge opportunities.”

Indeed, there are clear signs that the African region is full of pent-up demand for gambling, however, in the last decade they have been some major shake-ups of regulations amendment and legislations in some African countries i.e. Malawi Gaming Authority recently opened up it’s gambling to allow more casinos games and sport betting license in the country.

Another country is Tanzania one of the first East African countries to regulate online gaming in 2012, the Internet Gaming Regulations came into being in the country and in 2016, and the law on sport betting was passed as well in the nutshell majority of the countries in the region has amended its gambling laws in the last decade. Although over the decade the industry has evolved beyond the imagination of stakeholders in the industry.

Africa is in proportion at an advantage with demographics, as well as the number of young people in the world, however, in terms urban areas Africa is definitely in the mix though, as people continues to grow, an increase in numbers of people are moving to the cities in hope of securing a better living conditions, Africa is currently the least urbanized continent, but currently 472 million people are in cities, its urbanization rate of 11.3 percent in 2010 per year is the fastest in the world and will double over the next 25 years. The global share of African urban resident is projected to grow from 11.3 percent to 20.2 percent by 2050 according to UN. 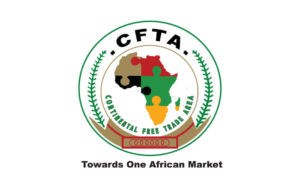 However, the gambling industry is growing as well as the numbers of young people in the region are striving to have other source of income, these could be said majority of the people in urban areas are involved in one form of gambling particularly, sport betting is popular in the continent, another aspect to the growth is the economic situation of the region which is the key burner to the growth of gambling industry, further, across the region economy situation is expected to boost in the next decade with newly agreement met by 54 African countries the initiative of the agreement is Africa Continental Free Trade Area (AFCTA) envisioned as the worlds largest free trade zone which will unite 1.3 billion people, create 3.4 trillion economic bloc and boost trade within the continent itself and heat up commerce in the region and which will commenced in July 2020.

Tourism is another sector in the region which is expected to further boost gambling industry by 2030 Africa is expected to reach $261.77 billion USD compare to the $137.87 billion USD more than 2015, which is from 1998-2015 according to statistics report Africa Union Agenda 2063. for example, in South Africa, Kruger National park in Johannesburg, received over 1.7 million people visit the park in 2018 alone. Another good example, recently, the Ghana government which lay down a 15 year long-term tourism plan that seek to increase the annual number of tourists to Ghana from one million to 8 million per year by 2027. 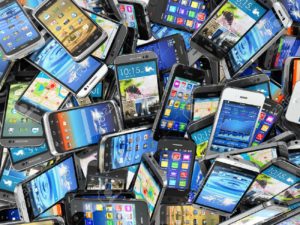 Further, the growing gambling industry will not be a reality without major developments in the region the mobile markets, according to International Data Corporation (IDC) said the mobile phone tracker the overall Africa mobile market as reached 55.8 million units in Q3 of 2019, while feature phones account for 59.4%versus smartphones 40.6% though, in 2019 its account for 127.2 million units while, 400 million smartphones is expected to be connected to internet as by 2025, It is also projected across the region a new set of digital generation of 44 percent of sub-Saharan Africa’s population equivalent to just over 450 million people will own a mobile phone by 2025.

Source GSMA. Though, internet penetration, and connectivity in the region is well growing at a very fast pace both in rural areas of the continent according to Internet World Stats 2019 June 39.8 percent of internet penetration as well as the inevitable 5G network that set to lunch in Africa over the next decade in the region. 5G network will further open other gambling opportunities in Africa gaming space, removing the slow latency of live streaming on gaming platforms. However, the industry is expected to worth billions of dollars in the next decade.

Though, the big question for Africa is can we make a difference, what are we bringing to the table and most importantly are we Africans or Africant’s, though from my own point of view the industry will experience a major variations in the next decade.