Held every two years in the winter, the African Cup of Nations has always stood out from similar competitions. Bringing together Africa’s best 16 nations, the tournament always has an exciting feel and is always good for throwing up a few surprises.

African football is more blessed with talent than ever and it has led to no shortage of different sides winning the tournament since it first launched in 1957. In that time, 14 nations have lifted the trophy with some enjoying multiple wins and becoming king of Africa. But just who are the most successful winners in AFCON history?

Who are the most succesful AFCON winners in history?

No matter what name they’ve played under, DR Congo has always been a strong side against their rivals. Their first win came in 1968 as Congo-Kinshasa where they beat Ghana 1-0 in the final held in Ethiopia.

Success wouldn’t wait long as their second title came in 1974 as Zaire where they had to play two matches to beat Zambia in Egypt. They would win 2-0 in the replay after drawing 2-2 in the first game. Since then, DR Congo have failed to appear at another final but with a steady stream of talent always on hand, another run may not avoid them for too much longer.

Algeria have taken a while to become a regional powerhouse but they are one of the best African sides in the modern game and two-time winners of AFCON. Their first win came in 1990 on home soil where the Fennecs narrowly beat Nigeria 1-0 to claim their maiden title.

It would be a long wait for their next victory as an influx of new talent saw Algeria storm to victory in the 2019 tournament. Here, they triumphed 1-0 in Egypt beating Senegal in the final and cementing their place as a modern power in the region.

The Ivory Coast have been one of the strongest African nations in the 21st century but their success actually predates this rise. It’s because their first title in the CAN came in 1992 where they won a marathon penalty shootout 11-10 against Ghana to secure the trophy.

After 2 final appearances in 2006 and 2012, The Elephants would secure their second trophy in 2015 in yet another long penalty shootout against Ghana – this time winning 9-8 in the final. With this rich experience, the Ivory Coast always have a good chance of reaching the latter stages of the region’s premier competition.

Very few African nations have regularly enjoyed success quite like Nigeria over several decades. The Super Eagles are winners of AFCON no less than three times, first winning in 1980 on home soil against Algeria.

It would be over a decade until they would win again as they beat Zambia 2-1 in Tunisia to claim the 1994 trophy. Moving into the 21st century, Nigeria would miss out on the finals for several tournaments until 2013. It was in South Africa where they ended their trophy drought beating Burkina Faso 1-0 to win their third trophy and show that they were still a strong side in African football.

Ghana are always there or thereabouts in the African Cup of Nations but it was the early years where they were most successful. They secured their first win on home soil in 1963 against Sudan winning 3-0 before defending their title two years later in 1965 beating hosts Tunisia 3-2. After 2 final losses in 1968 and 1970, they would once be victorious again on home soil in 1978 defeating Uganda 2-0 in the final.

Just four years later, The Black Stars overcame a determined Libya on home soil to win 7-6 on penalties and claim their fourth title. Since then, Ghana have been the bridesmaids losing 3 more times in the final – with their five finals losses a record in the competition. Nevertheless, they are always a strong side who are difficult to overcome at any stage of the tournament. 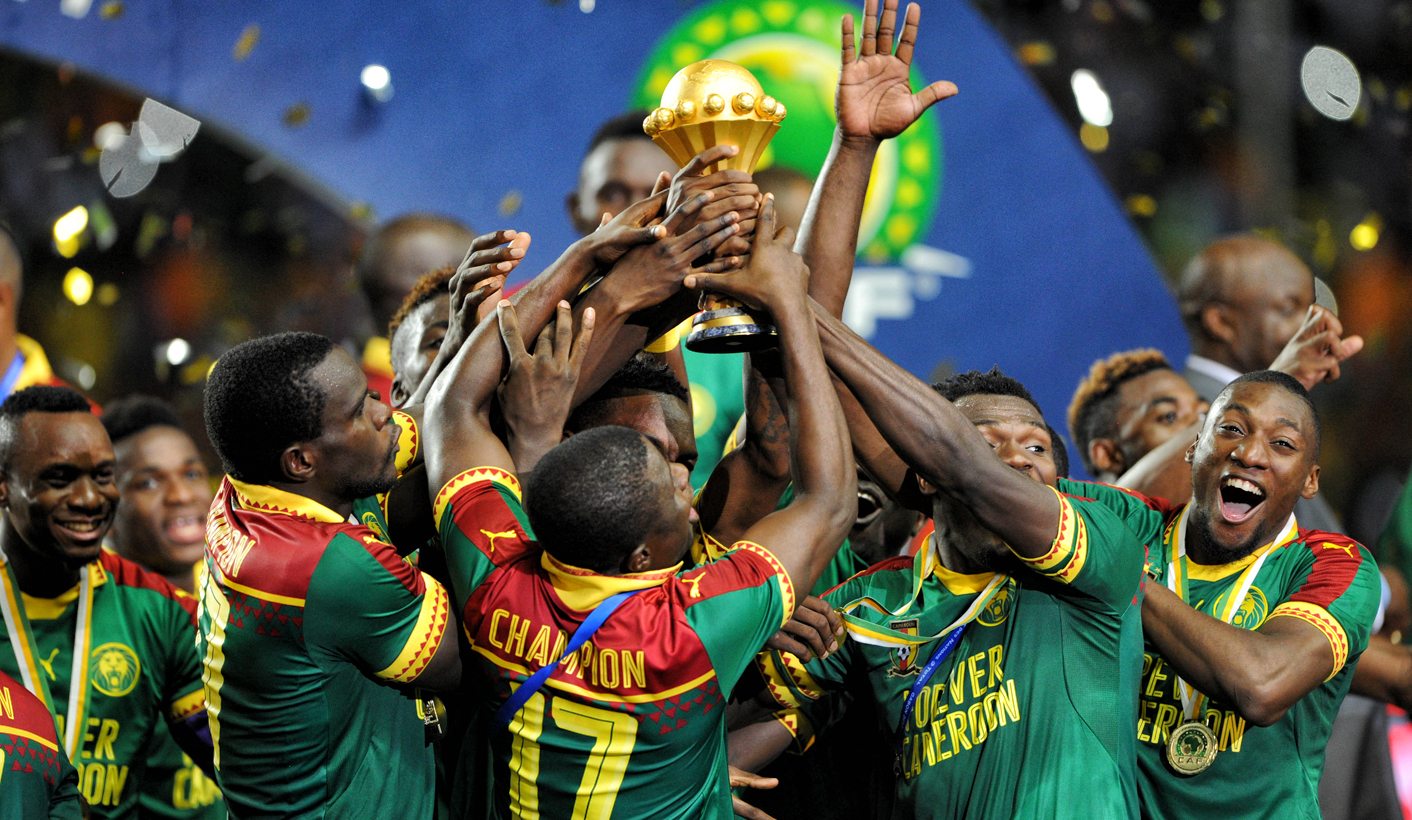 Cameroon were one of the nations to bring African football into the global spotlight so their 5 CAN victories are no real surprise. Their first successful cam in the 1980s where they won both the 1984 and 1988 tournaments as well as losing in the 1986 final.

They would repeat this form in the early 2000s where they claimed their third trophy in 2000 beating hosts Nigeria on penalties in the final. They successfully defended the title in 2002 once again winning on penalties defeating Senegal at the final hurdle. Their success wasn’t over though as they would win the 2017 tournament in Gabon beating Egypt 2-1 to claim their fifth and final trophy.

In Africa, no other side has enjoyed more success than Egypt who are a phenomenal seven-time winners of the AFCON tournament. The Pharaohs have dominated the competition in several eras and marking their dominance on all of African football. In fact, they won the first two tournaments in 1957 and 1959 before losing in the 1962 final.

They would wait three decades for their next win before winning on home soil in 1986 beating Cameroon to end their drought. Their sole victory in the 1990s came in 1998 beating South Africa 2-0 in Burkina Faso to claim their fourth title. It would be the 2000s where they would blow away the competition winning three straight tournaments – a feat no other nation has managed in the tournament’s history.

The first of the three came in 2006 on home soil beating the Ivory Coast on penalties. After that, they beat Cameroon 1-0 in 2008 before completing the hat trick in 2010 by defeating Ghana 1-0 in Angola. After losing in the 2017 final, Egypt have played in 9 finals – a record for any African nation and underlining their status as one of Africa’s most successful sides of the past century.