Who owns Sportpesa? Well, a club of local and international investors spanning three continents is behind the mobile phone-based sports betting platform SportPesa, whose fame touched a new peak with the signing of a £10 million (Sh1.321 billion) sponsorship deal with the ex English Premier League team Hull City, would then go on to sponsor Everton in another billion deal, and later on venture into F1 sponsorship.

In the club of deep-pocketed millionaires, whose ability to mint money has more than quadrupled with SportPesa’s runaway success, are an ex-Kenya Airways pilot, a shrewd Nairobi businessman, a female veteran of the gambling industry, three Bulgarians and an American businessman. 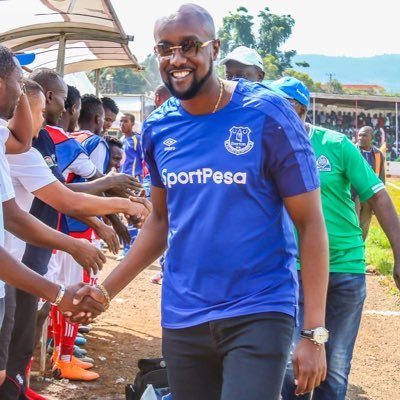 Three investors from Bulgaria — Guerassim Nikolov of the ill-fated Toto 6/49 lottery, Valentina Nikolaeva Mineva and Ivan Kalpakchiev — as well as American businessman Gene Grand are also in the list of top shareholders of Pevans East Africa, the entity behind SportPesa.

Two other Kenyans, Francis Waweru Kiarie and Robert Kenneth Wanyoike Macharia, also have minority stakes in the betting firm, according to regulatory filings at the registrar of companies. Mr Karauri currently serves as the chief executive officer of SportPesa.

Mr Nikolov’s Toto 6/49 lottery closed shop in 2011 under the weight of debts having operated in the market for about two years.

SportPesa grabbed global attention this week when it became Kenya’s first company to sponsor a football team in the UK’s lucrative topflight premier league, and topped it up with a betting deal with Southampton FC — the club Harambee Stars captain Victor Wanyama played for until his transfer to Tottenham Hotspurs.

The three-year deal will saw SportPesa’s name and logo on Hull City’s shirts.

Arsenal Football Club had also signed a partnership deal with SportPesa seeking to grow its fan base in Kenya by offering locals exclusive bets and offerings such as merchandise and tickets.

Another notable player on Kenya’s betting industry is former Citizen TV presenter Julie Gichuru, who is a director at Acumen Communications, the owner and operator of mCHEZA, a sports betting platform. (…)