In every African country the gambling industry continues to grow at an impressive pace. There are many factors driving this trend – from growth in technology to growth in infrastructure development – but the changing socioeconomic conditions across Africa is seen as the singular driving force in the growth of the gambling industry.

Gambling presents an accessible opportunity to the millions of Africans eager to improve their financial circumstances. For many on the continent, the lottery represents one of the most effective wealth redistribution mechanisms.

Although industry growth is occurring across the continent, Kenya, Nigeria, and South Africa generate the majority of gambling revenue. According to the latest report from PwC, gross casino gambling revenues between the three countries will total an estimated R20.3 billion (USD 1.9 billion) in 2019. These figures represent a 2.5% compound annual increase from R18 billion (USD 1.7 billion) in 2014.

However, in lesser developed economies outside of South Africa, casinos remain far less prevalent. According to PwC, there are 38 licensed operating casinos in South Africa compared to 13 in Kenya and only three in Nigeria. Instead, the majority of gambling revenue generated in countries like Kenya and Nigeria comes from online sports betting. Unsurprisingly, the growth of online sports betting remains highly correlated to the availability of secure web payment solutions.

In Nigeria alone, there were 14 million web payments worth a total of 132 billion
Naira (USD 420 million) in 2016. In 2017, transactions grew to 29 million worth $185 billion. And in the first quarter of 2018, there were nearly 10 million transactions worth $61 billion. With mobile device usage accelerating across the continent, this trend is poised to continue.

The Prevalence of Sports Betting in Sub Saharan Africa

However, despite the immense potential for growth across the African gambling industry, several systemic challenges remain. In response to these challenges, some have begun to explore blockchain technology as a potential solution. Its immutable, transparent, and decentralized nature has proven particularly enticing for Quanta, a blockchain-oriented company located in the Isle of Man.

Late last year, the company signed contracts to acquire a stake in Nigeria-based International Lottery and Gaming Limited (ILGL). This deal was the world’s first to involve a blockchain company acquiring a traditional lottery company. They will be competing against incumbents such as Baba Ijebu (Premier-Lotto), Lotto Nigeria, Western Lotto and others such as new entrant Bet9ja. Globally, it is accepted that the national lottery supports good causes and this is being recognised in Nigeria too, although the degree of commitment to good causes is waiting to be seen, with Bet9ja’s “More Than A Bet” social corporate responsibility strategy, announcing the support and positive contribution to the Nigerian economy. Bet9ja also creates opportunity across its territory by informally employing some 40,000 people.

But before discussing what blockchain can do for the gaming industry in Africa, it’s essential to understand existing obstacles and also the extraordinary opportunity. The UNDP (United Nations Development Programme) recommends the use of lotteries to meet global SDG (Sustainable Development Goals) goals.
Challenges Facing African Lotteries

Unlike sports betting where participants predict results and place a wager on the outcome, a lottery is when participants draw up numbers at random for a prize. Although the majority of obstacles originate from a lack of national governance, some require innovation from within the industry.

Providing a safe, secure gaming environment to players is crucial to the success of the African gaming industry. As the use of mobile devices increases, the security of online games will be a top priority. Because online lotteries and sports betting operators process a high volume of transactions, keeping players’ personal data protected from cyber attacks is critical. This is not a problem limited to African national lotteries, as the UK national lottery sustained a hacker attack last year which led to the arrest and imprisonment of those responsible. Blockchain technology would have led to a swifter identification of the hackers.

In many countries, the regulatory function between the federal and state levels is a significant challenge. Currently, the operating requirements of the gaming industry remain highly inconsistent and unenforceable. As such, many operators continue to operate outside of the system, creating an unfair marketplace. In some countries like Zambia, web-based gambling operations are neither regulated nor forbidden by law. Currently, both local and offshore operators can legally offer their online betting, lottery or casino products to Zambians without the need to have a licence.

Blockchain can affect this positively, by tracking the movement of digital currency, collaborating with governments, charities, and international causes, to ensure a tax or contribution is made from the revenues and that this sum does not “leak” from the system, whereby enabling the avoidance of the corruption that is endemic. This is further assisted by “ring fencing,” which is the good causes chosen from lottery support form the general budget.

As many already know, several nations across the Africa experience consistent currency volatility. As such, the hardware and software required for gaming systems can fluctuate dramatically in cost, impacting local operators. These conditions pose a problem for operators looking to scale their businesses and users participating in national lotteries.

How Blockchain Can Improve African Lotteries

Blockchain has the potential to help governments and local lottery operators overcome existing obstacles by improving transparency and security.

Blockchain is a highly secure technology, making it a valuable tool for storing personal data. In a decentralized network, records remain immutable and permanently recorded to the blockchain. Depending on the structure of the network, this data can be restricted. Further, distributed ledger technology is resistant to denial of service, improving the stability of gaming platforms.

This distributed, decentralised technology incentivised by tokens could form the backbone for the distribution of other technologies allowing data to remain in the control of those who it belongs to, those that create and generate it. It may be too late for this to happen in the developed nations but there exists the opportunity for Africa to get this right as it builds new systems based on technology, the usage of which we have had time to reflect upon. Technology for the benefit of all its stakeholders not just its shareholders.
Bypass Currency Volatility

Because blockchain technology facilitates the use of cryptocurrency, foreign exchange rates would no longer impact local operators. These operators would have the ability to shield themselves from currency volatility by converting their fiat money to a digital asset – presumably with less volatility.
Improved Regulation Through Transparency

Smart Contract technology is founded on transparent random number generation on a distributed ledger, which can ensure that consistent, enforceable, and auditable conditions are possible across all lottery operators. Further, the transparent nature of blockchain technology allows for the external validation of these conditions. These characteristics would facilitate the establishment of a genuinely fair lottery system.

In 2016, Nigerians were spending approximately 154 billion Nigerian Nairas ($503 million) per day on betting (about $2.6 per inhabitant per day). In 2017, these numbers saw a twofold increase, reaching 308 billion Nairas (about $1 billion per day). When this is compared to the poverty and lack of social welfare available – where the average family earns between $253 and $336 per month – the need for controlled, transparent, beneficial lotteries are clear. Banning gaming just sends them underground. Bringing them above the surface in a positive, constructive way enables the benefits that lotteries have bestowed in developed nations to be captured. This is key.

Lotteries run for or by governments are used to support public programs such as infrastructure development, public safety, public health and education. The main argument used to support lotteries has focused on their value as a source of “painless” revenue, contributed by participants voluntarily spending on ticket purchases. For example, to date, the United Kingdom National Lottery players have helped to raise over £40 billion for good causes, with more than 565,000 individual awards made across the UK – the equivalent of around 200 lottery grants in every UK postcode district. Over the last year, the UK lottery grants were disbursed; Health, Education and environment 40%; supporting sport 20%; funding the Arts 20%; and heritage 20%.

Tax revenues account for over a third of GDP in OECD countries. But they account for far less in developing countries, particularly in sub-Saharan Africa, where they correspond to less than a fifth of GDP. As such, blockchained lotteries could provide a much needed, low cost form of tax collection. It is notable that Nigeria has an estimated tax gap of $60 billion due to inefficiencies, corruption and collection mechanism failure. 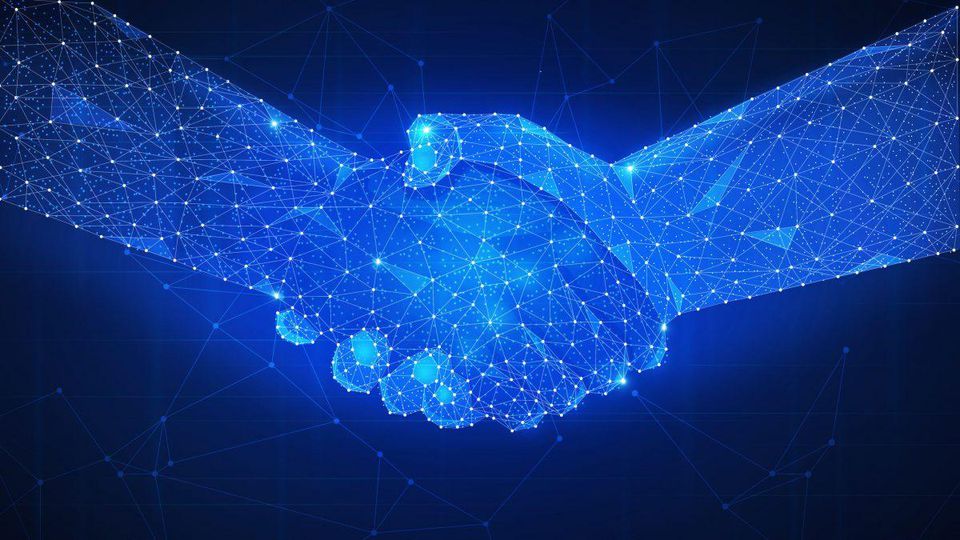 The Future of Lotteries in Africa

Africa has much to gain from improving the fairness of its lottery industry. Although blockchain technology isn’t the only solution to current obstacles, it remains a strong contender. As the use of mobile devices continues to accelerate across the continent, protecting personal data on betting platforms will become increasingly important.

Further, the need for robust regulatory infrastructure will become crucial to achieving market maturity and fairness for all local operators. Blockchain has the potential to create a seamless, efficient network of gaming platforms that transcends borders. Despite its potential, it remains to be seen if early entrants can deliver on their mandate to bring blockchain to Africa’s gaming industry. In 2015, the World Lottery Association reported that over US$76 billion was collected for good causes from their reporting members, who constitute roughly half the number of worldwide lotteries. Belgium alone contributed US$330 million to Sub-Saharan food security from its lottery.

But the opportunity for a transparent, altruistic lottery creating wealth, solving international issues and local problems, and joining together nations, is possible now in Africa. It’s an opportunity that we should grasp.

A barrister by profession, Chris Cleverly has made it his mission to help bring development mechanisms to Africa which can empower Africans to seize their own destiny. His journey on this mission began during the 1990s when he attended King’s Law College and became a barrister. After graduating, he founded the Trafalgar Chambers in the U.K., and became the youngest head of chambers in over a century.

In 2005 he founded the Made in Foundation, an organization he has guided to fulfill his dream of bringing systemic infrastructure change to Africa. Today, he is CEO of Kamari a blockchain project looking to build an ecosystem of mobile gaming and payments for one billion people across Africa.