Renowned government spokesperson Wisani Ngobeni is fighting to get his job back at the Gauteng Gambling Board (GGB), where he resigned in February due to “mental illness”.

Ngobeni has taken the GGB to the Labour Court after the state organ’s acting CEO Thiran Marimuthi refused to accede to his request to rescind his resignation.

In the court papers that we have seen, Ngobeni states that he became seriously ill in January 2020 while working as the communication manager of the GGB, saying he lost touch with reality and had started to believe “he was the only son of God”.

“Amongst other things, the applicant burned household appliances as a sacrifice to God, developed serious lack of interest in daily activities and suffered from serious depression,” read the papers. 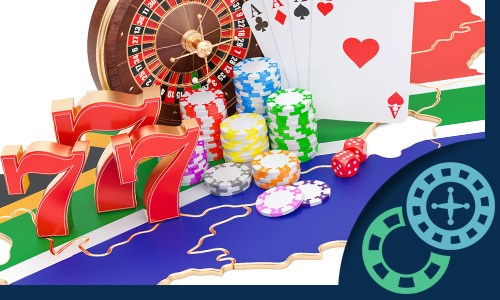 Ngobeni, the former spokesperson of the then Free State premier Ace Magashule, said he was involuntarily hospitalised at Life Carstenhof Clinic in Johannesburg on August 10 2020, after his family realised the severity of his mental illness.

He said Dr Gwen Tonyane, a specialist psychiatrist at the clinic, diagnosed him with bipolar 1 disorder with psychotic features. “The applicant’s brain disorders were so severe that the applicant did not understand what was happening to him,” read the papers.

Ngobeni was later discharged from the hospital because his medical aid ran out of funds and did not, afterwards, receive further medical assistance from the clinic or any health facility.

The former Mail & Guardian investigative journalist added that he returned to work on October 15 2020, despite not having recovered from his illness, noting that when the GGB CEO Steven Ngobeni was suspended on June 3 2021, Marimuthu, who was his senior manager for gaming control, was appointed to act in his position.

“The work overload and exhaustion further caused the applicant a lot of stress while he was struggling to cope with lingering symptoms of psychosis and mania. In February 2022, he became worse and started having suicide thoughts, struggled to sleep, became insane and delusional. The mental illness substantially impaired the applicant’s ability to perform his work activities, including the assignments given to the applicant by the acting CEO,” – read the papers.

Ngobeni, who also worked as the investigative journalist for The Sunday Times, resigned with immediate effect after a heated argument with Marimuthu on February 24 2022.

Ngobeni, the former spokesperson of the then transport minister Tina Pule, said he visited his workplace on May 3 2022, a week after he was discharged from Letaba Hospital, and asked to be reinstated after submitting his medical report, but Marimuthu refused.

“The applicant was informed by his sister that he had resigned from work and that about R700 000 had been paid into his account from his provident fund. The applicant informed the acting CEO that he wished to return to work and that he still had the money paid from his provident fund. The acting CEO informed the applicant that he will not be reinstated as he had already resigned and because his resignation had already been accepted by the respondent. Due to the mental illness, the applicant started spending the provident fund money, amongst others, by giving away money to family, friends and strangers on the streets and spending it on alcohol. The applicant’s excessive spending continued for months until the funds ran out around August 2022.”

Ngobeni further said his illness exacerbated on September 2 when he became delusional and smashed about 15 vehicles with rocks along the main road of Nkowankowa section C and Mariveni village outside Tzaneen in Limpopo.

He added that he was arrested and detained at the Ritavi police station in Limpopo for several hours before being transferred to Letaba Hospital, where he was kept in isolation for 20 days.

“The applicant further contends that he was incompetent to terminate his employment contract, because he was influenced or motivated to send the resignation e-mail by insane delusions,” – show the court papers.

“Following his resignation, the GGB assisted Mr Ngobeni to have his pension fund and leave credit processed. Again, Mr Ngobeni participated in the process consciously. He knew what he was doing and as can be gleaned from his correspondences, the resignation letter is coherent and issued by an individual with sound and sane mind.”- said Marimuthu.

Marimuthu said after his resignation, Ngobeni launched a condonation application to the Commission for Conciliation, Mediation and Arbitration (CCMA) on or about September 23 2022, wherein he alleged that he was dismissed by the GGB.

He said the GGB objected to the condonation and the CCMA dismissed it.