Officially the Republic of Zambia is a landlocked country in Southern-Central Africa. Some consider it to be part of East Africa, its border Democratic Republic of the Congo to the north, Tanzania to the north-east, Malawi to the east, Mozambique to the southeast, Zimbabwe and Botswana to the south, Namibia to the southwest, and Angola to the west.

The capital city Lusaka, located in the south-central part of Zambia. Zambia as been under British tule from 1888 until it gained its independence in 1964. Today English remains the official language along with several local recognized languages. However, officially the Betting Control Act law was first passed in 1958 but was amended multiple times, with the latest made in 1994. The Act provisions for the establishment of a four-member Betting Control and Licensing Board and determines the rules under which the Board will issue licenses to bookmakers and betting premises.

The Zambia Betting Control Act authorizes the wagering on sporting events, as well as on horse racing events. The duration of the betting licenses is usually one year, but they can renew—all applicable fees and taxes specified in the permit. In 1992 see the essential pieces of legislation relating to gambling operations in the country passed in 1992, the Casino Act repealed the Casino ad Gaming Machines (Prohibition) Acts that allowed licensed establishments to conduct gambling operations. This law regulates the licensing procedures and provides for the issuing of temporary casino licenses. 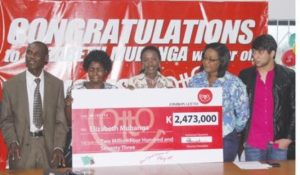 However, since the Tourism and Hospitality Act has covered 2007 casinos. This Act established the Tourism Enterprise Authorization and Licensing Committee, which is responsible for the licensing and supervision of all forms of touristic ventures in Zambia, including casinos. Therefore, The Lottery Act, also passed in the 1950s initially and then was amended multiple times, authorized the establishment of a state-run lottery, the proceeds of which are public and allocated to different funds and state programs.

The law also allows the organization of lotteries, incidental to certain types of entertainment, as well as private lotteries—however, gambling has been officially legal in Zambia even before it gained its independence from the British. Still, to date, sports betting and casinos gambling is the most widely accepted. We can conclude by saying the first laws that passed in the 1950s was introduced by then administration appointed by the British with the advice of the British South Africa company.

Perhaps it was possible when it was merged in 1911 to form northern Rhodesia for the most of colonial period.