ZIMBABWE Cricket chairman Tavengwa Mukuhlani has called for urgency in the crafting of laws to deal with match-fixing after four high profile corruption cases were unearthed in Zimbabwe in the last four years.

Former national team captain Brendan Taylor is the latest to be sanctioned by the International Cricket Council after he admitted to accepting money from Indian bookmakers to fix matches as well as ingesting cocaine. Taylor was given a three-and-half year ban for breaching the ICC anti-corruption and anti-doping codes. 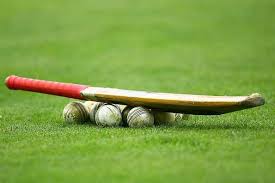 The 35-year-old’s shenanigans added to the rising corruption cases involving Zimbabwean cricketers and officials. Former treasurer and marketing director of Harare Metropolitan Cricket, Rajan Nayer was the first to be banned in 2018 when he was slapped with a 20-year suspension for match fixing.

Then the following year, former ZC director, Enock Ikope, was also found guilty by the ICC and banned for 10 years. Last year former Zimbabwe captain and coach Heath Streak was also found on the wrong side and was given an eight-year ban by the ICC.

ZC chairman Mukuhlani yesterday said he was worried by the trend which has continued to paint Zimbabwe in bad light on the international cricket scene.

“We just don’t have the legal instrument to deal with match-fixing and spot fixing. What more can I do to bring the responsible authorities at the SRC and the Ministry to see the urgency of this matter? I am so frustrated that it is taking so long to come up with a legal instrument. We have been waiting for years for the Sports Integrity Bill. But if you look at the match-fixing issue, we may not need a Bill for this. Probably what could be done is to amend the SRC Act by putting in match-fixing so that it is dealt with by the regulator. Right now it appears no one is seeing the urgency of this. We have had four cases that have been uncovered by the ICC in the last four years and this thing might be more widespread than can be imagined. To me, one proven case of match fixing is an outbreak. It’s bad enough to cause an alarm. We need commitment and seriousness to fight this scourge.”

The country is pinning hopes on the Zimbabwe Sports Integrity Bill, whose principles were approved by Cabinet in August 2020. The Bill seeks to provide for the elimination of sport corruption, doping, competition manipulation and illegal betting among other vices. The Sports Commission said they have requested the police to investigate whether Taylor has breached the Zimbabwean laws in this match-fixing and substance abuse.

“The SRC has requested the Zimbabwe Republic Police to ascertain whether any of the criminal laws in Zimbabwe, particularly those relating to the procurement, possession and ingestment of substances deemed illegal under our domestic laws, have been breached by Mr. Taylor, and if so, that the necessary remedial action is instituted by the National Prosecuting Authority,”

The enactment as an Act of Parliament of the Sports Integrity Bill remains outstanding. Presently the draft Bill is under the active consideration of the Attorney-General’s Office after Cabinet approved of the principles thereof in 2020.

“The purpose of the final bill, once enacted into law, is to provide for clearly defined criminal offences as relating to sport in Zimbabwe. The circumstances of Mr. Taylor, along with other reported instances of corruption, match- fixing, sexual harassment and general misgovernance in the Zimbabwean sports sector constrain the SRC to implore Parliament to prioritise the passing of the Sports Integrity Bill as part of the laws of Zimbabwe,” – said Mlotshwa.