Nigeria Football Federation (NFF) top officials have had their properties seized amid a new corruption probe. Amaju Pinick is among the executives whose assets have been swept in the investigation.

The investigation is carried out by the Independent Corrupt Practices and Other Related Offences Commission’s (ICPC). Responding to public interest, the ICPC has published an official statement, which listed all seized properties as well as the alleged reasons for the move.

Half of all assets on the list belong to Amaju Pinick, media outlets have reported. Pinick’s name has been cited in an investigation that tracked the disappearance of money allocated for the development of the sport in the country. While the ICPC outlined the parameters of the investigation and why it was carried in the first place, the corruption watchdog didn’t share any more details about the perpetrators and Pinick’s own involvement.

However, a lot of top executives have been targeted by the ICPC, including Shehu Dikko, who is the NFF second vice-president. Another top name was that of Muhamed Sanusi who serves as general director of the organization. This investigation comes at a time when the country’s football scene has been developing. Some of the worlds best sports betting sites have shown interest in starting operations in the country because of the strong market. 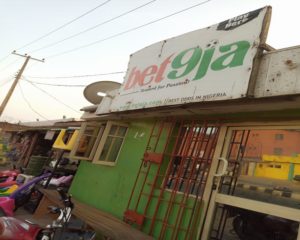 Meanwhile, the top 10 sports betting sites have already opened their betting shops in Nigeria which is increasingly becoming a magnet for various football and betting-related activities. Back to the ongoing investigation, the ICPC has not acted out on the whim. The watchdog is following up on two separate investigations carried out by the Economic and Financial Crimes Commission (EFCC) and another one by the Special Presidential Investigation Panel (SPIP).

The country’s burgeoning sports betting industry is safe, however, as there has been no contact between Pinick and any top sports betting site in the country. The NFF responded as early as May 2019, arguing that government authorities have purposefully victimized top officials in the Nigerian Football Federation.

BBC Sport, a respected international news reporting agency, spoke to the NFF in May. However, the NFF denied that any of the allegations held merit at the time. Nevertheless, the SPIP may file a separate case in which it would demand the missing funds to be restored and allocated back to the clubs and football organizations that have been wronged.